One Texas firefighter is out of a job after committing an act of animal cruelty and posting the gory details to social media. Former Hunt county volunteer firefighter, Tim Conatser was released from his job after shooting and killing his neighbor’s two golden retrievers and boasting about it on Facebook. 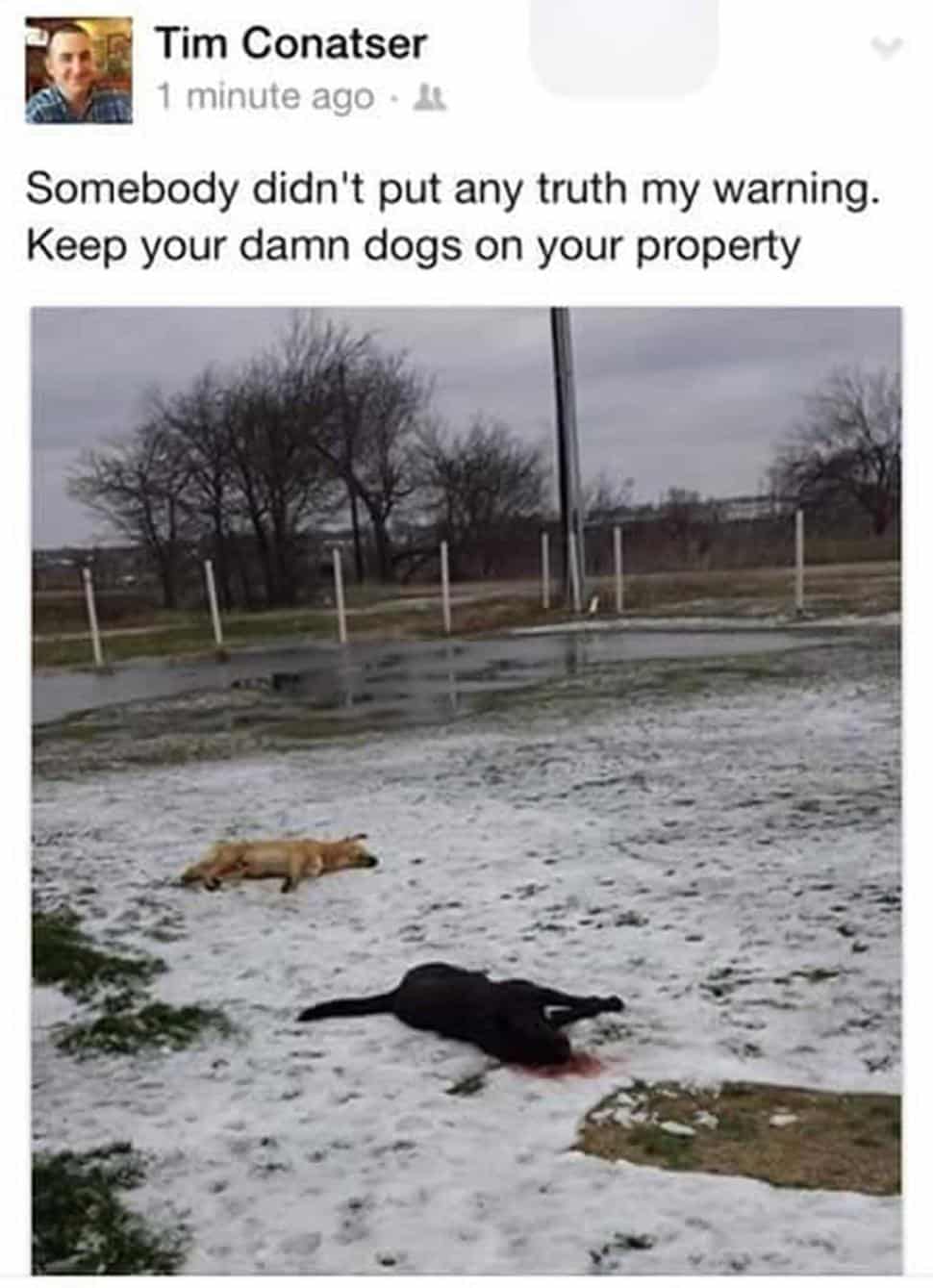 The disturbing photo shows the two dead dogs laying bloody in his snowy front yard. The caption said, “Somebody didn’t put any truth my warning. Keep your damn dogs on your property.” Apparently, Conatser was tired of his neighbor’s dogs coming into his yard and took these drastic measures.

The owner of the dogs says he has no recollection of Conatser ever warning him about his pets. The owner, Pulido Rodrigo says he just misses his two beloved dogs.

Gordo, a black lab, and Spike, a yellow lab, were reportedly shot when the firefighter found the two dogs in his barn attacking a cow.

Rodrigo did not file an official complaint about the killings, but officials have launched an investigation. It seems Conatser could get off due to Texas law. In the state of Texas, it is legal for a homeowner to shoot and kill a dog or coyote that is attacking a livestock animal.

Screenshots of the firefighter’s Facebook post has gone viral and is receiving mixed reactions. Some are furious with his actions, while other’s say he was simply a landowner trying to protect his livestock.