John Travolta Got Real Weird At The 2015 Oscars, Kisses...

Let’s preface the John Travolta weird. After last year’s Oscar flub, announcing Idina Menzel as “Adele Dazeem”, you would think John Travolta would play it safe, practice his lines, and complete the only mission he had at the 2015 Oscars….

Nope. He started the weirdness hours earlier on the red carpet.

John Travolta eyed Scarlett Johansson, “Love Song for Bobby Long” co-star, on the red carpet at the 87th Academy Awards and decided to plant a kiss on her cheek. Of course, it was hard to miss Scarlett looking as ravishing as she was, with that deep neckline.

Travolta noticed. Johansson’s poor unprepared hip received a Travolta hand and then her cheek didn’t even see it coming. It was the kiss on the cheek that went viral. 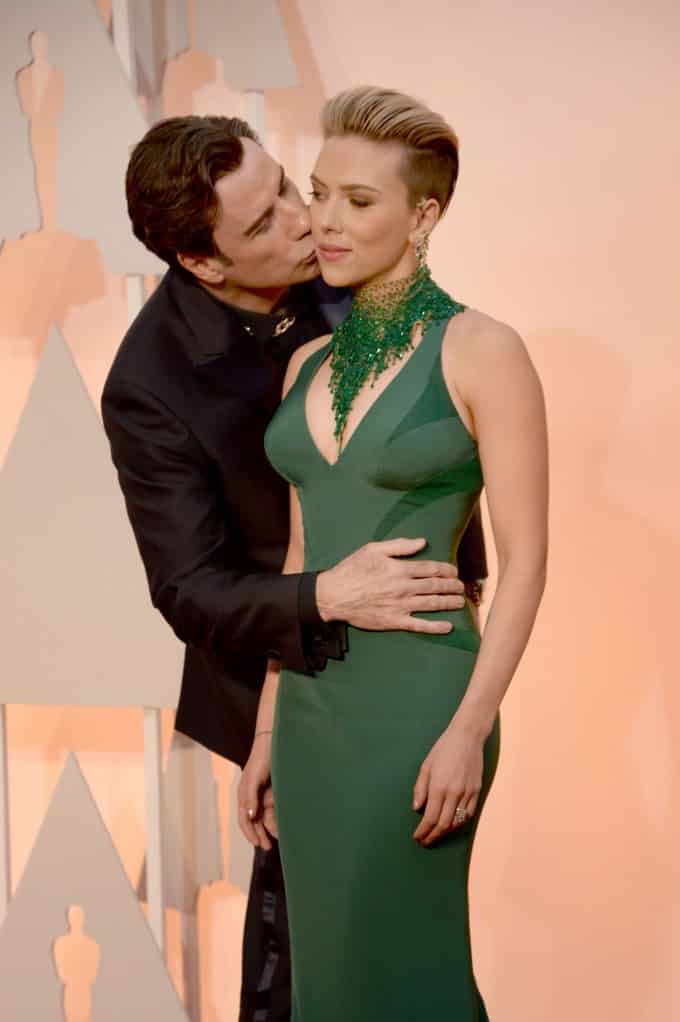 Then the internet spoke: 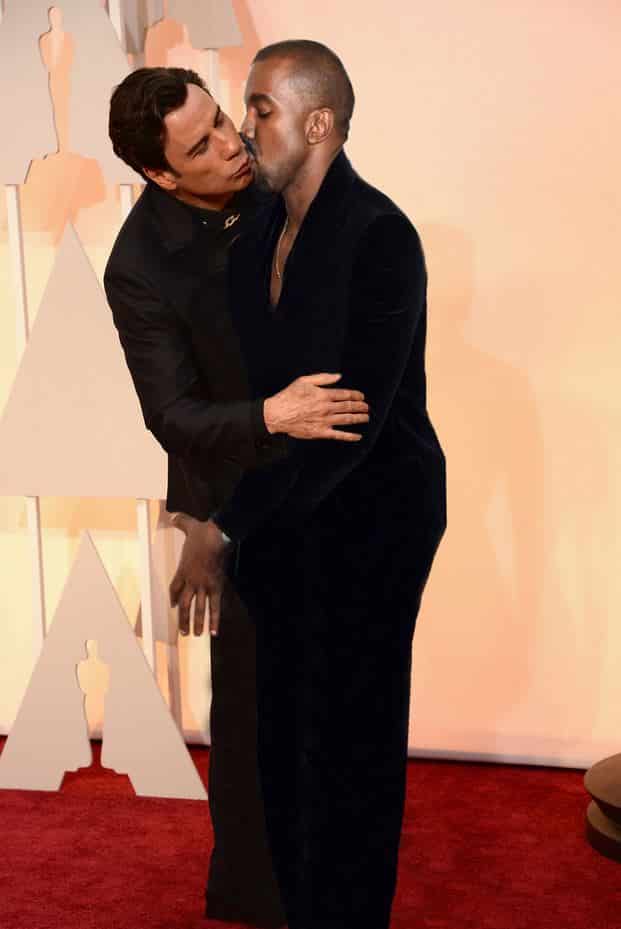 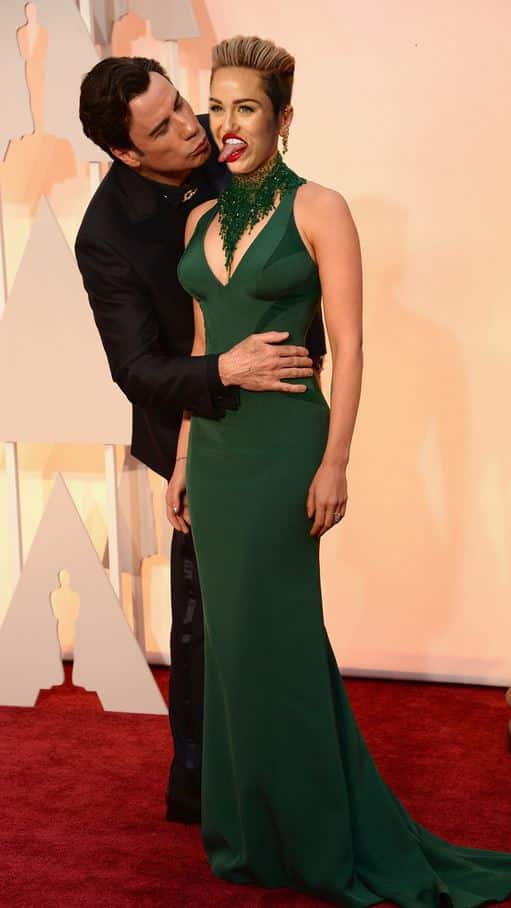 Maybe you think that isn’t so bad. 61-year-old Travolta made headlines quick and then again for his interaction with Idina Menzel.

Neil Patrick Harris announced Idina Menzel to then announce “Best Original Song.” But before she read any names and announced a winner, she called to the stage her “very dear friend, Galom Gazingo.” In came Travolta and the crowd got a great laugh.

But then it got weird. Menzel got the joke she has waited a year to do on live television, when Travolta responded with a much too long embrace with his hand on her face. He grabbed her chin, speaking very intimately “I deserved that, but you, my darling, my beautiful, my wickedly talented Idina Menzel…” Pretty sure you can see Menzel smiling yet screaming on the inside.