When Zack Snyder first announced that Aquaman would appear in the new Superman Vs. Batman movie, many fans laughed at the idea of a big screen version of one of DC’s most incompetent superheros.

I mean, how do you make this guy look bad ass? 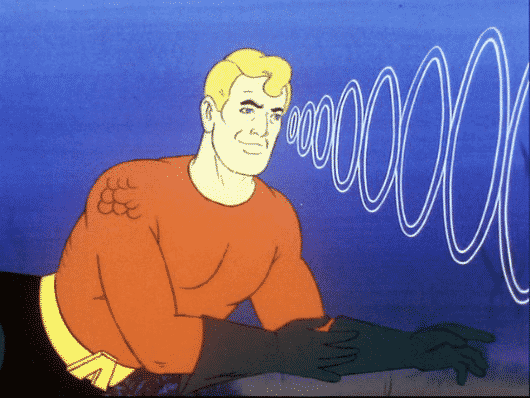 Well, apparently you hire Jason Mamoa to play the part.

Aquaman is a pretty lame superhero but this is an awesome poster. pic.twitter.com/PS35WSrCU4

Zack Snyder gave fans a good look at Mamoa, best known for playing the intimidating Khal Drogo in Game Of Thrones, as the new, cool, and totally scary Aquaman.

Film Aquaman looks like he’s going to twist his trident slowly into my lungs while I cry and gurgle and die. I am scared of Film Aquaman.

It’s unclear exactly what “Reunite The Seven” means. The Verge speculates that it could refer to the seven seas but it’s more likely that it refers to the seven members of the Justice League.

With the success of Marvel’s The Avengers, it wouldn’t be surprising to see Zack Snyder use Batman v. Superman as a launching point for characters like Aquaman, Wonder Woman, or the Flash.