In fact, Justin has been wanted this for awhile. A Comedy Central spokesperson said, “Justin has been asking us for years to roast him… so we kept telling him to create some more material and we’re thrilled he listened.”

Today, the network notified Beliebers and anti-Beliebers that comedian Kevin Hart will serve as Roast Master for the ceremony to tape on March 14 at Sony Studios in Los Angeles. The #BieberRoast will be on Comedy Central on March 30. 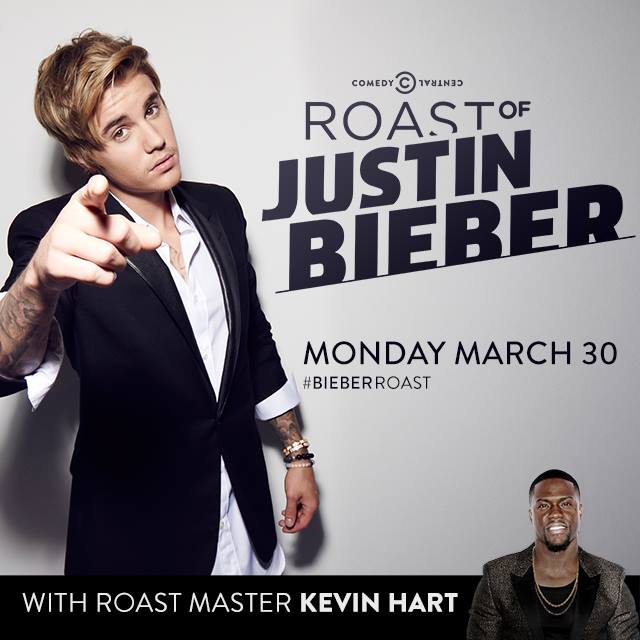 Seems like everyone is excited while at the same time wanting Bieber deported after the Roast airs. Should make for a hilarious roast! 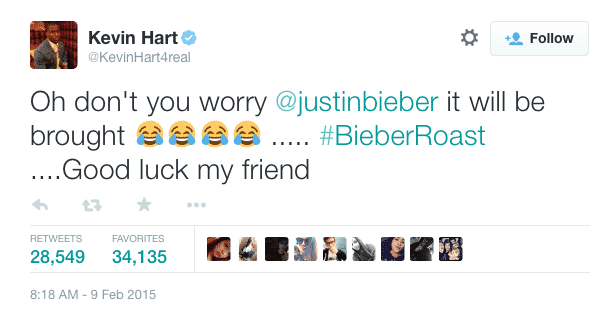 Does Kevin Hart hosting make you more likely to watch?

At least we know he will be a good sport..

For years I have wanted Comedy Central to roast me. They said only if I provided them w/ more material so for a year now I have worked hard

This video from The Ellen Show was Kevin Hart taking about Bieber’s early 2014 antics.