A recent photo is showing the sneaky side of app store rankings. The picture depicts what Apple calls a Chinese App Store ranking manipulation farm.  A woman is shown sitting in front of a specially made desk covered in iPhones. Her job is to boost app store rankings by download, install and uninstall apps over and over again. 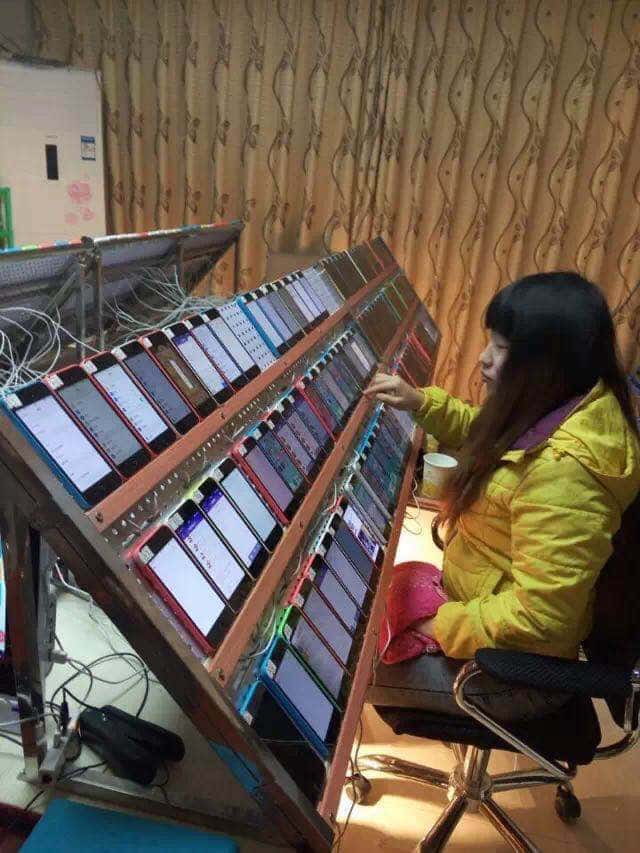 This is considered a sneaky business practice, but that doesn’t seem to stop businesses like this from operating.

Tech In Asia has posted a screenshot of the prices some of these companies charge to boost app rankings. 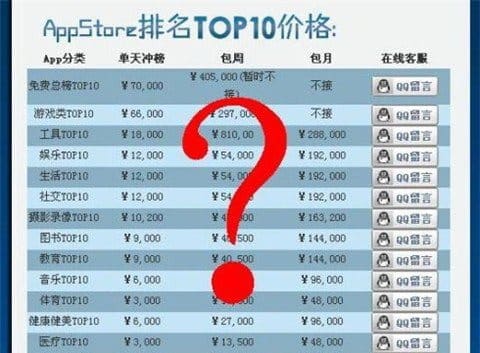 Apple discourages these types of practices, but a quick Internet search for “app store ranking manipulation” will uncover hundreds of companies.

The origins of this viral photo are unknown. The woman, company and location are unknown.