Chris Pratt is a man of his word.

Congrats to the world champions @patriots you were the better team tonight. I will be visiting @chris_haven as Starlord. #twitterbowl

The stakes were as follows:

With a Seahawks win, Evans would visit the Seattle Children’s Hospital in full Captain American gear.

If the Patriots won, like they did, Chris Pratt had to wear the Guardians of the Galazy Star-Lord costumer and visit Christopher’s Haven, a nonprofit providing housing for families whose children are receiving outpatient pediatric cancer treatments in Boston, Massachusetts.

@prattprattpratt I accept. And when the Patriots humiliate your seachickens, I expect Star-Lord to arrive at @chris_haven in a Brady jersey

Chris Pratt posted this photos today on his Facebook page.

“Made good on that ‪#‎twitterbowl‬ bet!” he wrote. “Starlord is proud to be in Boston today at #Christopher’s Haven with Chris Evans and some awesome families. ‪#‎12thMan‬” 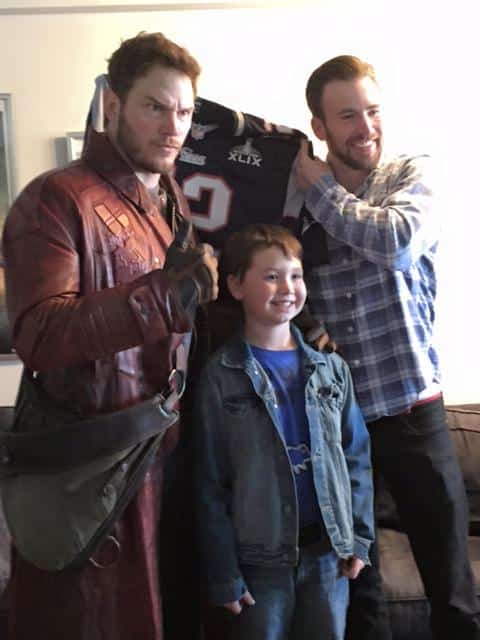 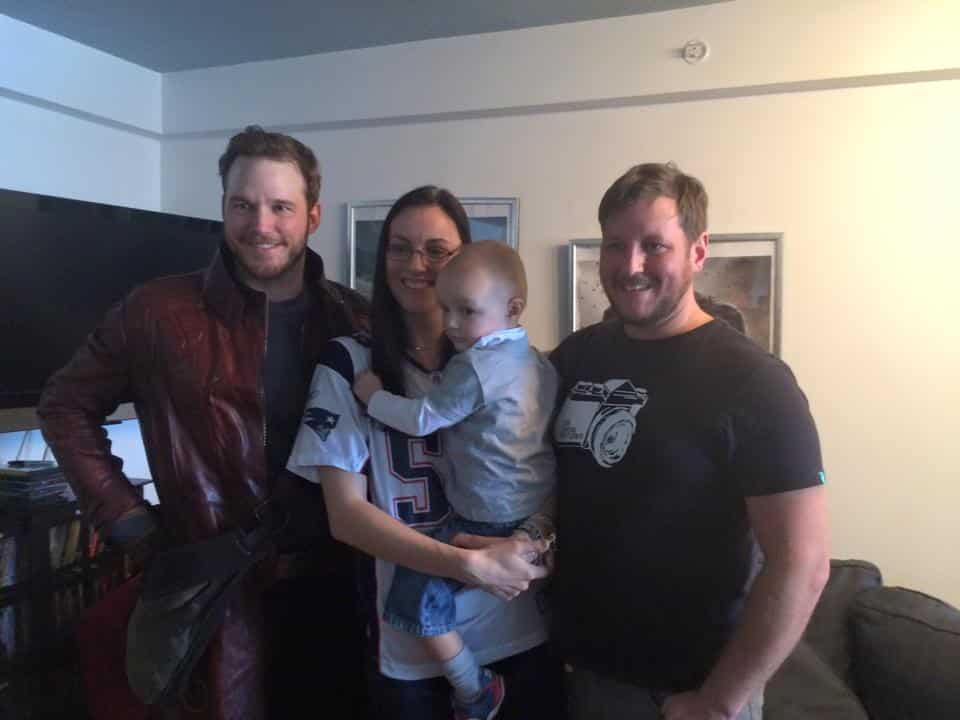 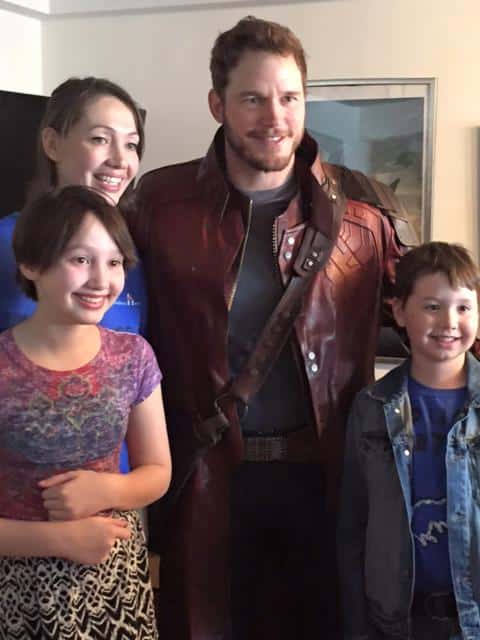 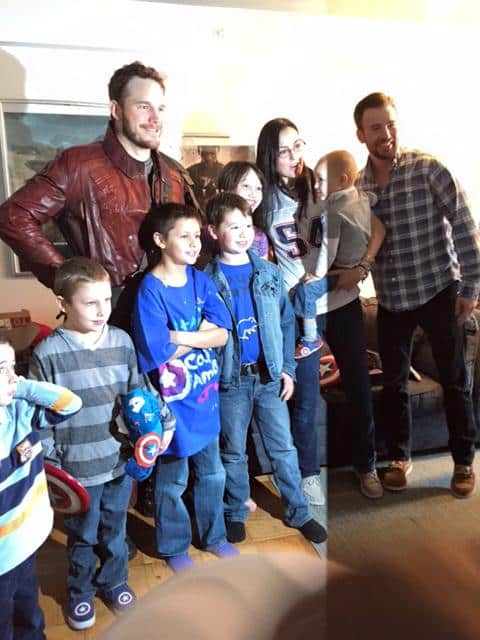 Christopher’s Haven posted some photos from the day thanking both Chris Evans and Chris Pratt for bringing smiles and laughter to their non-profit. 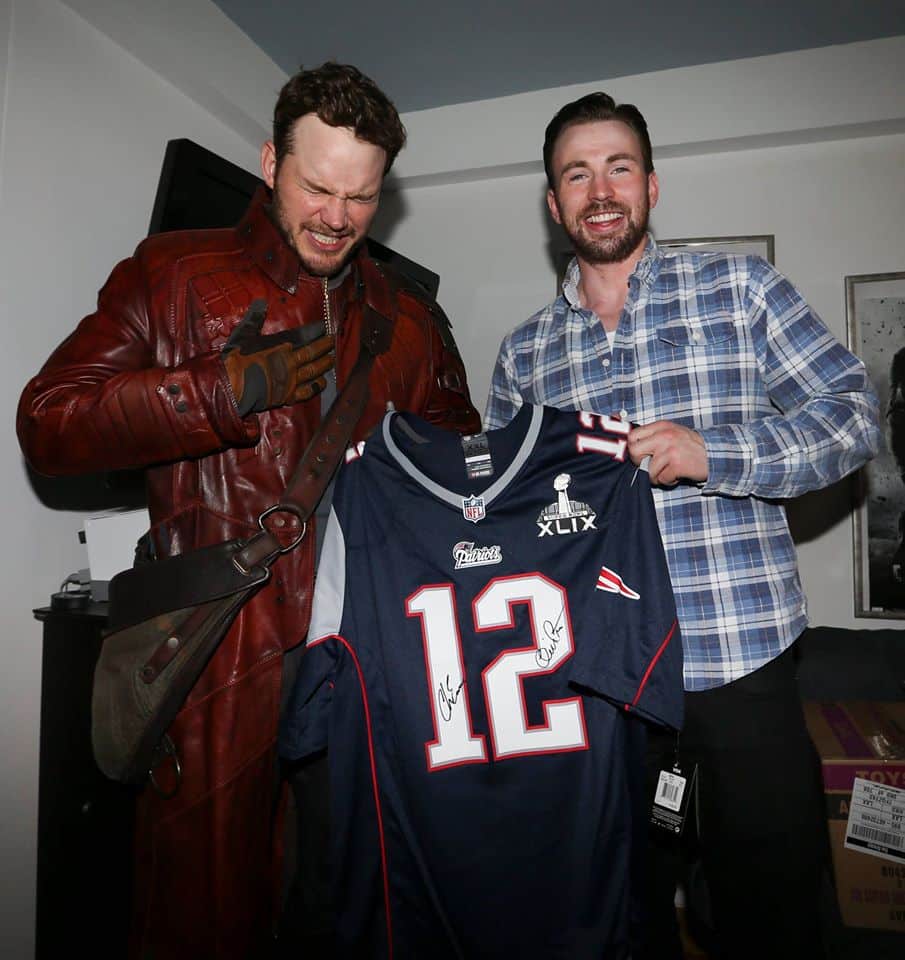 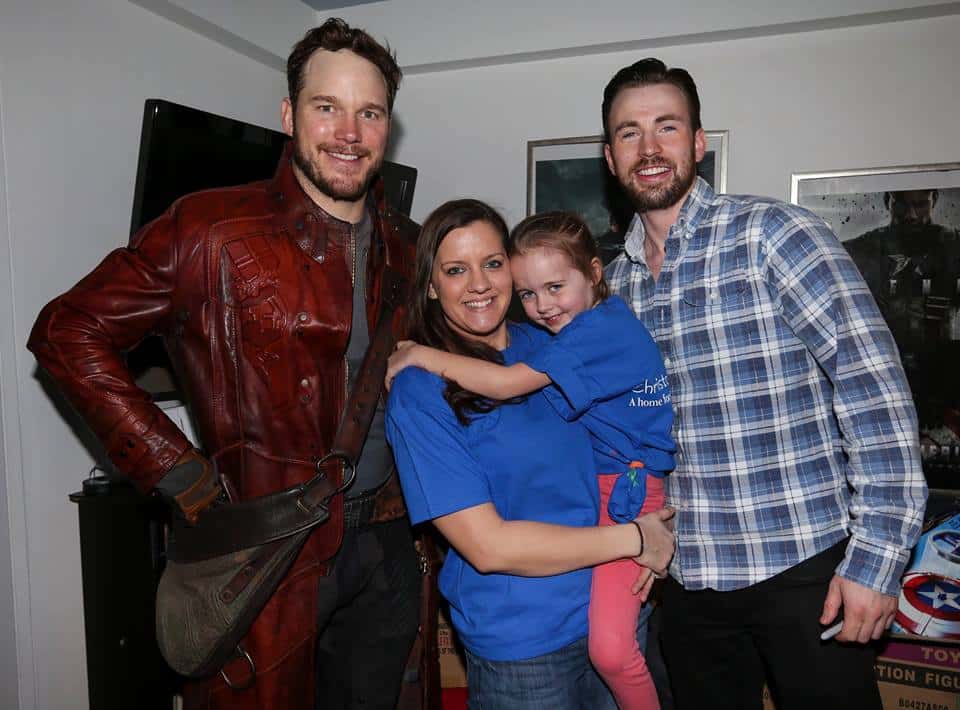 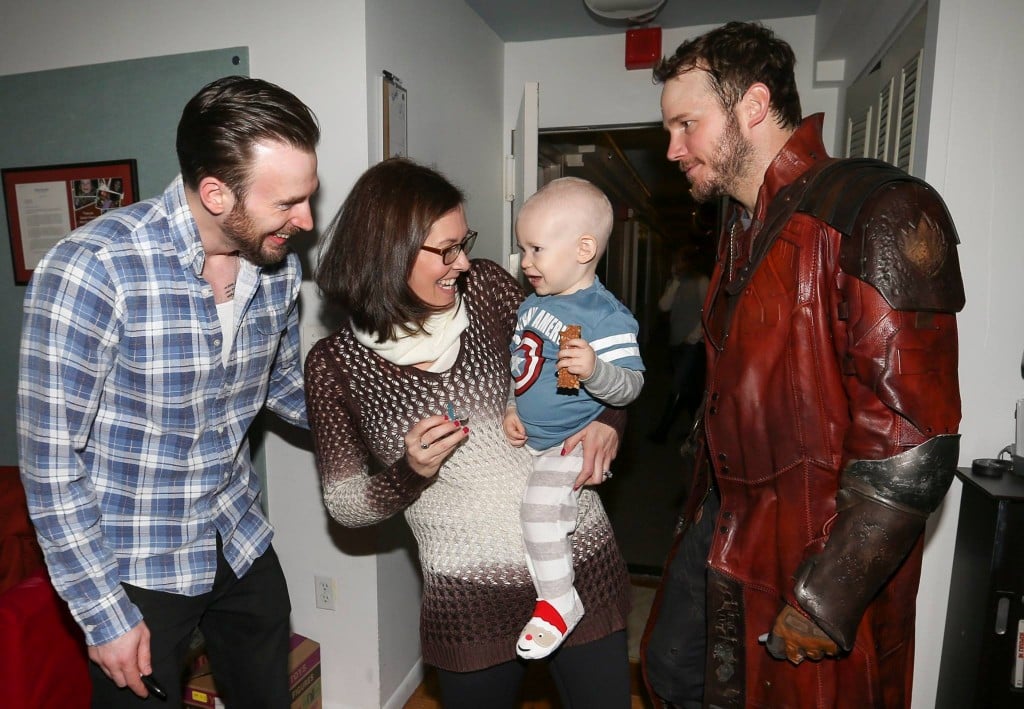 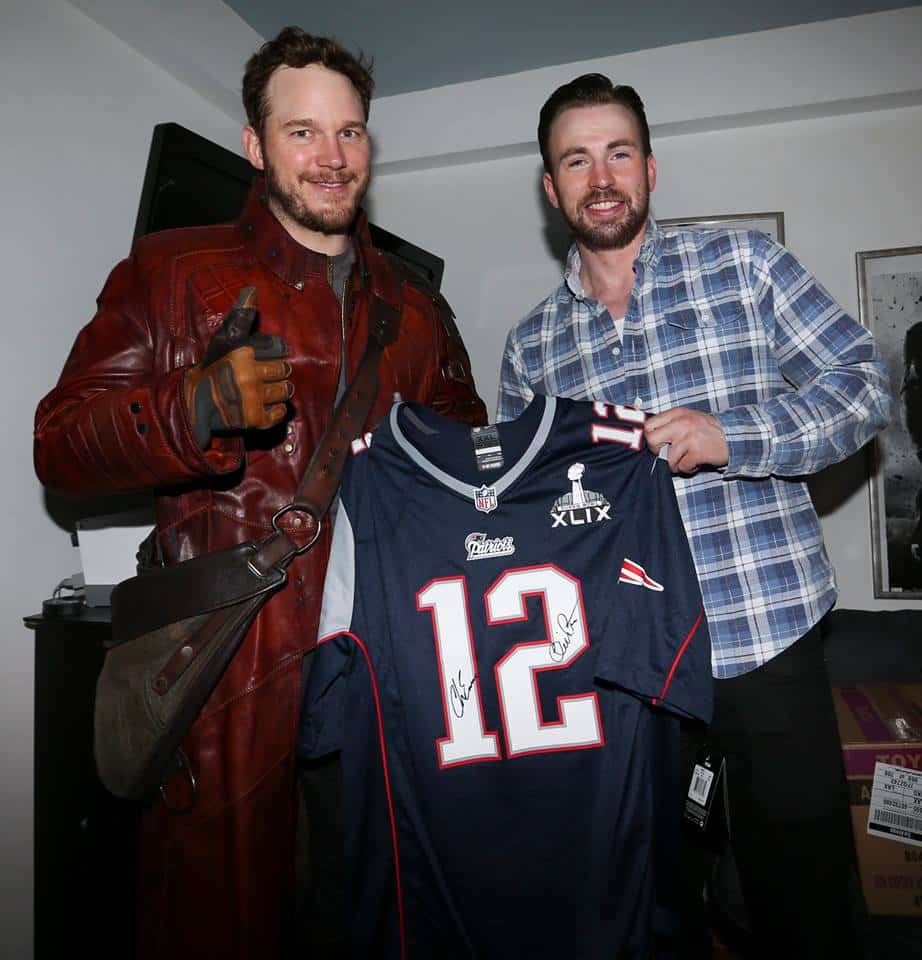 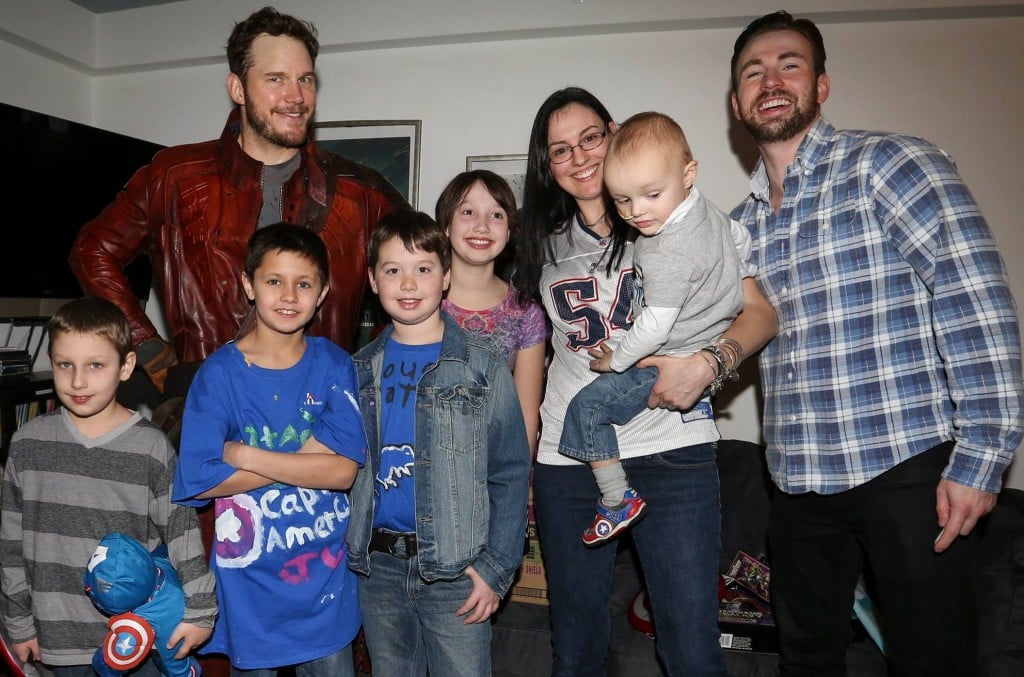 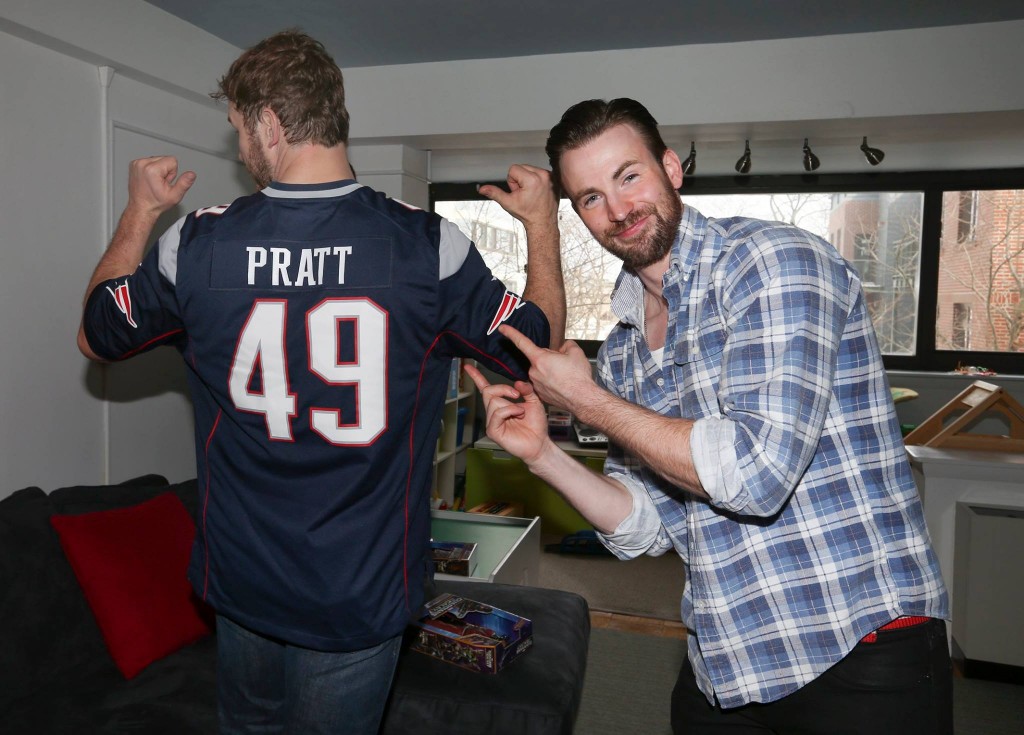