Facebook Ads can be a bother to any user, but the social media giant is facing backlash after a recent incident. Palestinian Facebook users were shocked to find promoted ads for Israeli settlement real estate on their feeds. Written in Hebrew, the ads featured luxury Israeli homes. The Washington Post was sent screenshots of the ads from various users.

Facebook was unable to answer questions about how the ads got onto the feed in the first place. The company did admit that “promoted ads” are used to reach people in specific areas. Since the area is populated with the two sides, this causes a problem.

It seems the ads are being linked back to RE/MAX Israel, an American-owned real estate company. So far, there has been no response from the real estate guru.

Palestinians were outraged by the ads that show the fancy homes. There is currently a disparity between homes in the area. Housing is considered one of the most controversial aspect of Israeli-Palestinian relations. One Palestinian Facebook user said she was very upset by the ads and knew many others that were as well. She commented on the Israeli houses, “They have beautiful houses in very beautiful areas.” 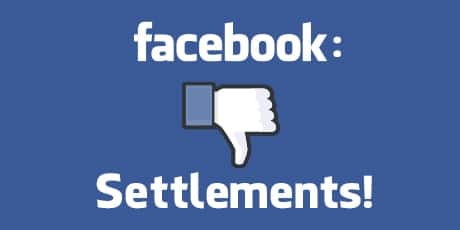 NGO Avaaz has started an online petition calling for a ban of all Facebook ads promoting Israeli settlements. The petition has more than 200,000 signatures so far.

Facebook finds itself in the middle of the situation. Its advertising campaign states that they do not allow advertisements that promote illegal activity. Palestinians argue that the Israel settlements are illegal.

This isn’t the first time that Facebook ads have caused problems in the Middle East. Last year, the social media giant had to pull ads that promoted Bashar al-Assad in the Syrian election.