A naked man is the last thing you would expect to see walking down the highway during a blizzard. In Auburn Hills, a suburb of Detroit, Michigan, Highway 75 travelers saw the unusual sight.

Uploaded to YouTube, the video shows a man walking down the highway wearing nothing but a cowboy hat. The footage was captured by Auburn Hills resident, Francis Gojcaj, as he was driving down the busy highway. In the video, Francis tries to get the man’s attention, but the naked man keeps walking.

“He had this look in his eye, you could tell he was serious about something,” Gojcaj told the Daily News. “He wouldn’t look at anybody. He wasn’t seeing or looking at anybody.”

Another witness told reporters that the man was seen getting out of a pickup truck and stripping off his clothes. He then tried to open the door to another car on the highway, but fortunately he was not successful.

“I just don’t want him to open up a car door full of family, you know what I mean?” the witness said. 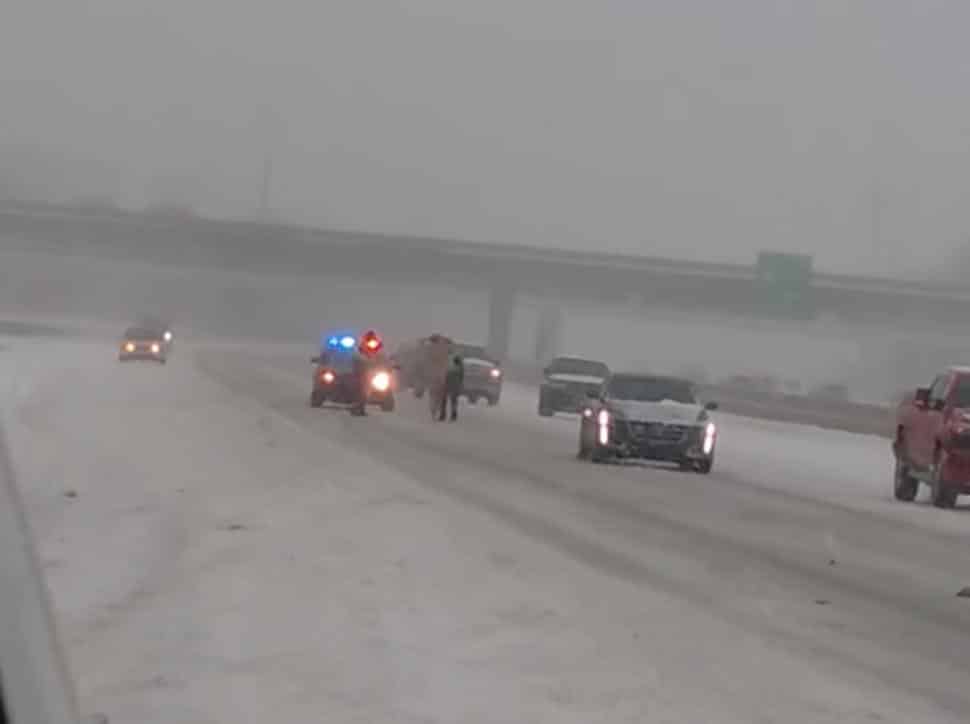 The video ends with a police car turning on his lights to get the man’s attention. The man surrendered to authorities with no resistance.

According the Daily News, the 54-year-old man was suffering from a mental breakdown. Fortunately, officers recognized that the man, whose name is not being released, was under some sort of serious mental distress. He was admitted to a hospital and is currently undergoing a psychiatric evaluation.

It seems some other bizarre events came before his naked walk down the highway. 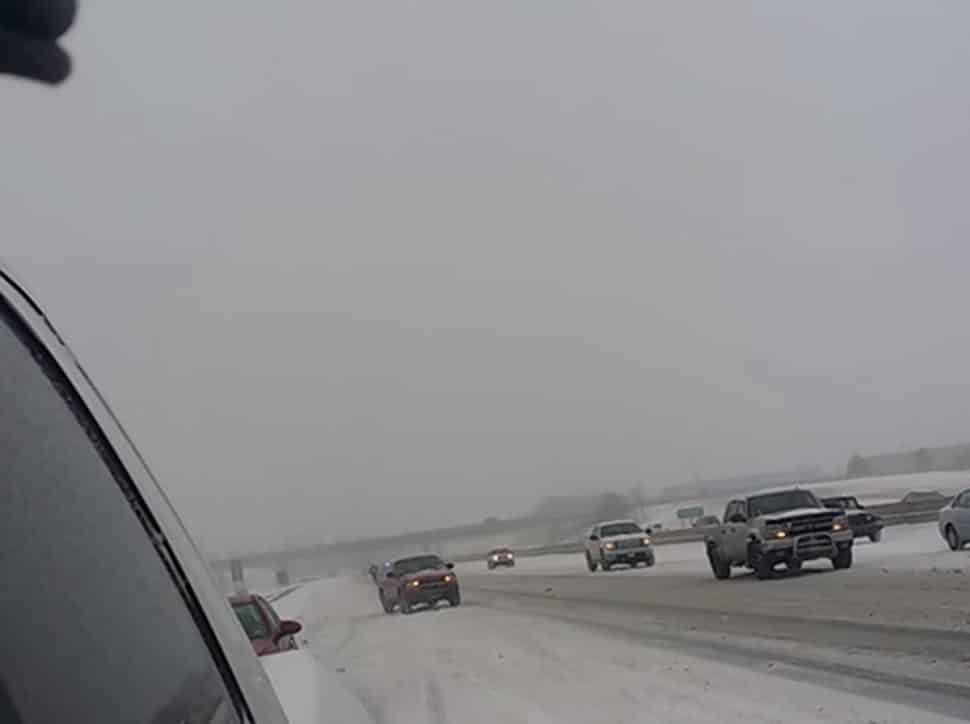 Authorities say he stole a family member’s truck and was driving during very dangerous weather conditions. In fact, the area was under a driving restriction due to the heavy blizzard, making his actions not only bizarre, but very dangerous.

James Franco And Seth Rogen Are ‘Naked And Afraid’ [Video]