Is This Film The Original Fifty Shades Of Grey? [Video]

The Fifty Shades of Grey film will be released the month and moviegoers are going crazy. But, could this storyline already exist? Lionsgate Production says it does. Check out the edited trailer for the 2002 film, The Secretary and meet the original Mr. Grey. 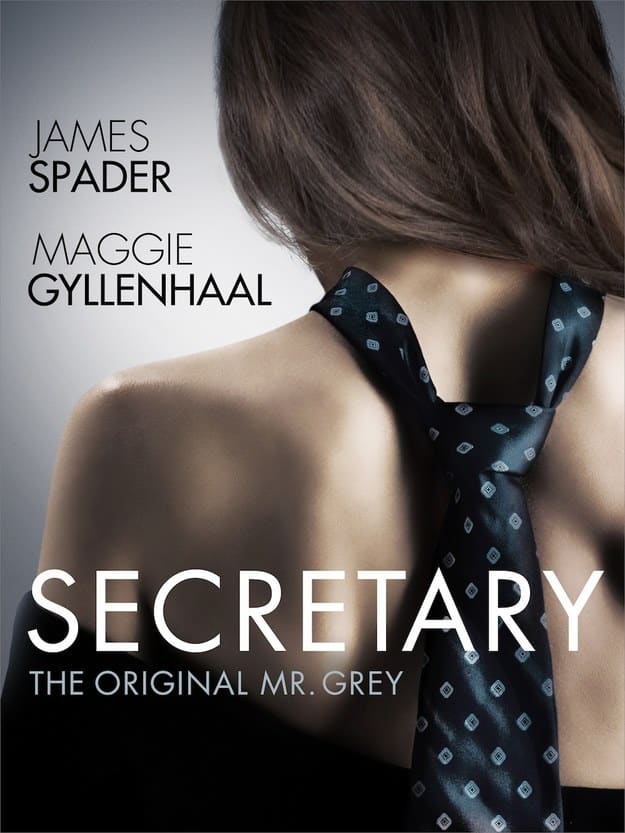 If you haven’t seen the film and want to, don’t continue reading. Just a spoiler alert.

The film is based on a short story from Bad Behavior and explores the relationship between a sexually dominant man and his submissive secretary. The dominant lawyer, played by James Spader, is named E. Edward Grey. He seduces young, socially awkward and naive Lee Holloway, played by Maggie Gyllenhaal, and the two begin a sexual relationship. Holloway realizes she is falling in love with Grey and leaves her boyfriend to pursue him. The relationship continues to progress with very strong sexual tones. Not a movie to see with the family.

The film was nominated and won several awards when it was released and is considered Maggie Gyllenhaal’s breakout role. Gwyneth Paltrow was originally cast to play her role, but was replaced by Gyllenhaal for unknown reasons.

The above trailer has been edited by the film’s production company, Lionsgate, to show just how much the new Fifty Shades of Grey resembles it. The Internet is abuzz over the recent discovery, but many are saying they prefer the 2002 film.

Fifty Shades of Grey is a mixture of already done ideas, the book started out as Twilight fan fiction. Let that sink in for a second…

‘Fifty Shades Of Grey’ Trailer Gets The Internet Excited

50 Shades Of Grey Meets Frozen, Creepy Or Hilarious Or Both? [Video]