A Wiener Bull? Pit Bull, Dachshund Mix Goes Up For...

Rami is an interesting looking dog. The Moultrie Colquitt County Humane Society recently put up photos of a Dachshund / Pit bull mix on their Facebook page in order to generate interest in her adoption. And, well, the photos of this “wiener bull” have definitely generated interest.

The shelter said that it received tons of applications after posting photos of Rami on its Facebook page, but since this is a small shelter, don’t expect to adopt this Dachshund / pit bull mix unless you live in Georgia.

Of course, some people doubted that Rami was real. I mean, the dog does look… interesting. After posting a few initial photos… 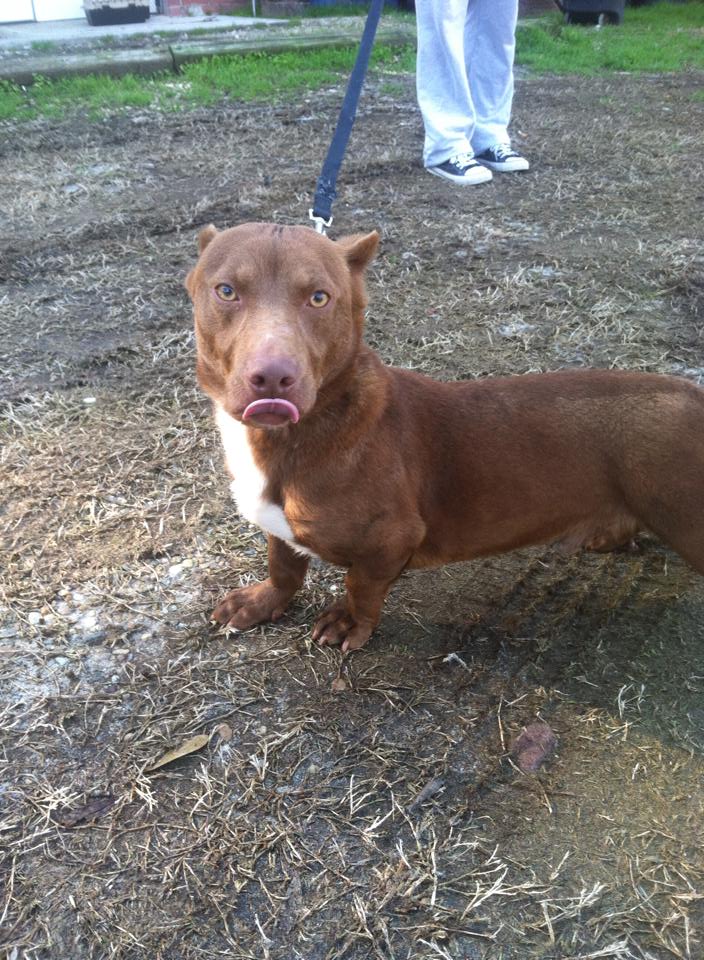 … The shelter had to post a few videos to prove that the dog was real.

The shelter says that 1-year-old Dachshund Pit Bull mix is full of energy. She also doesn’t listen well, doesn’t like walking with a leash, and is a little hyper. But the shelter promises that she’s a sweetheart.