Rapper, Suge Knight is making headlines again for another deadly incident. The notorious troublemaker is accused of running two men over after a argument at a film set in Compton,  California. The alleged incident happened around 3 p.m. Thursday. The rapper, legally known as Marion Knight got into a verbal altercation with two unidentified men while on the set of “Straight Outta Compton,” a biopic about the group N.W.A. According to Capt. John Corina of the Los Angeles County Sheriff’s Department detectives unit, the incident escalated about twenty minutes later.

The L.A. Times reports after the initial argument, the victims were at Tam’s Burgers near Central and East Rosecrans avenues. That’s when authorities say Knight is believed to have followed the men in his truck and run them over in the parking lot. Witnesses at the restaraunt say Suge ‘s truck hit the two men and then proceeded to back over them as it fled the scene.

One of the men died from his injuries, while the other is in the hospital. His condition is unknown. Capt. Corina says at least one of the men was part of the film crew.

Suge Knight turned himself into authorities at the Los Angeles Sheriff’s Department in West Hollywood for questioning around midnight. He is being interviewed by a homicide detective as a person of interest in the case.

This crime will go on the rappers ridiculously long rap sheet. His most notorious incident happened in 1996, when Knight was behind the wheel of a BMW in Las Vegas when passenger and popular rapper Tupac Shakur was shot by gunmen in another vehicle. Shakur died a week later, and the case has not been solved. 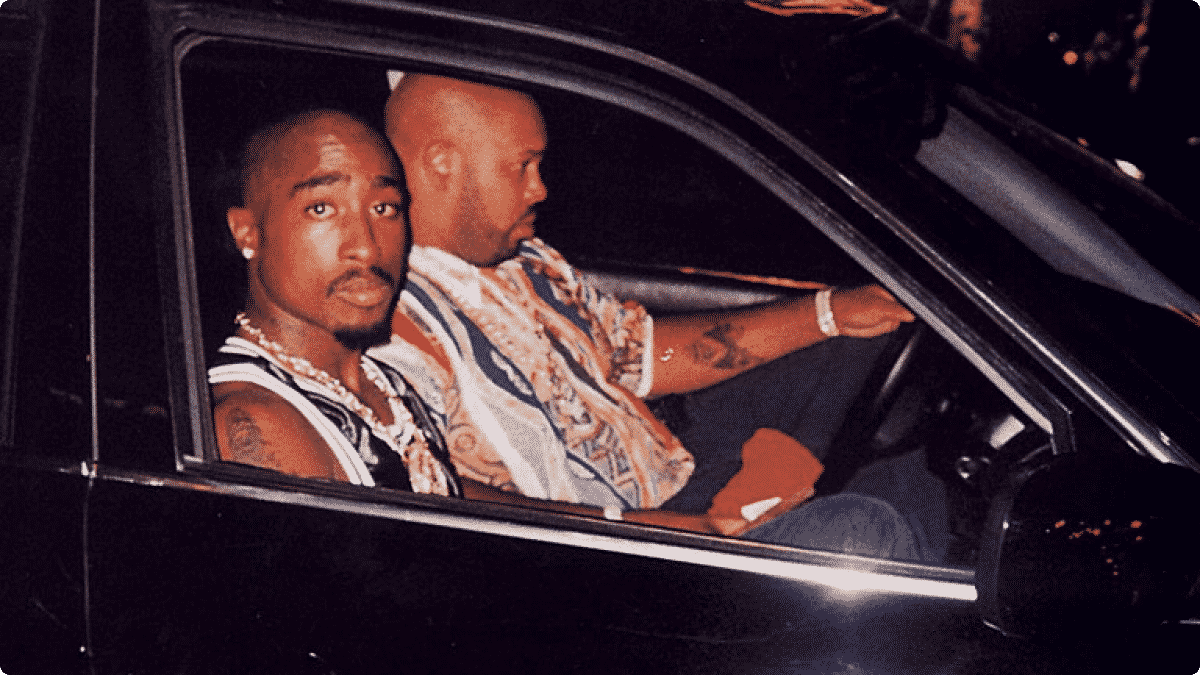 In later years, Knight served time in prison for an assault case and violating probation and parole. He has also been arrested on drug charges. In 2006, he was forced to file for bankruptcy.

In fact, just last August, Knight was shot during a Hollywood nightclub at a party thrown by singer, Chris Brown.

Knight’s latest brush with the law has social media buzzing. Many have commented on the irony that the rapper is in trouble yet again. Celebrities, fans and others tweeted their reactions to the news, most poked fun of Suge Knight’s ability to find trouble.

"It was the day Suge Knight killed a guy" is not a helpful indicator of time.