Seriously Comcast? America’s worst company lived up to its reputation this week when they changed a customers name from Ricardo Brown to A**hole Brown on a monthly service bill. 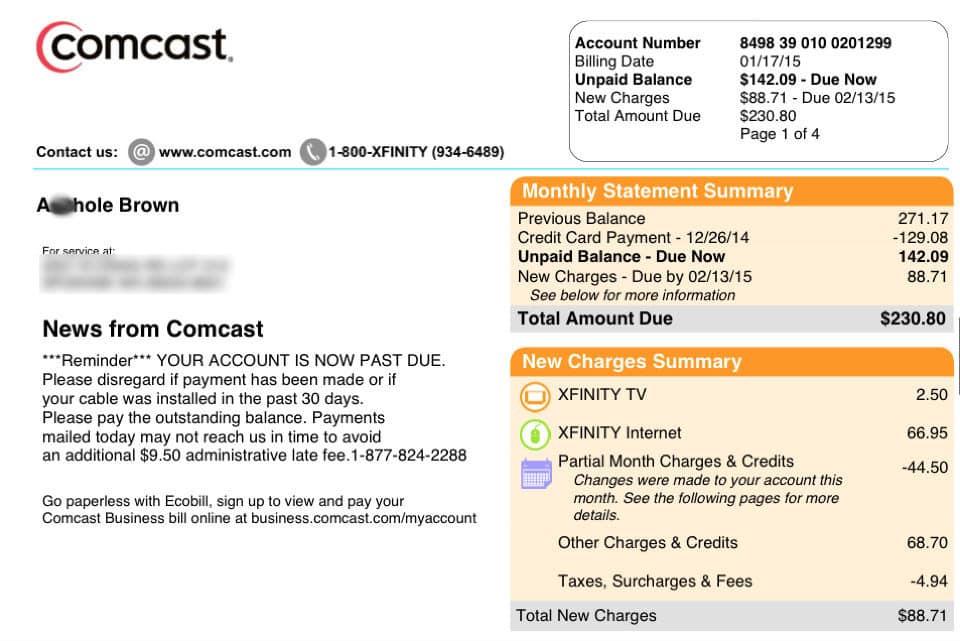 When Ricardo and Lisa Brown received their bill this month but they didn’t see their names written at the top. Instead, the bill was made out to “A**hole Brown.”

Mashable reports that Lisa recently tried to cancel part of her cable service. That might sound like an easy task but Comcast has a notorious reputation for complicating this simple procedure. Comcast tried to persuade Lisa into keeping her service and signing a new two-year contract. The customer service employee was obviously a little annoyed when Lisa refused, because they ended up replacing Lisa’s name with a curse word.

“We have spoken with our customer and apologized for this completely unacceptable and inappropriate name change. We have zero tolerance for this type of disrespectful behavior and are conducting a thorough investigation to determine what happened.”

Comcast may have “zero tolerance” for this type of behavior but it seems like a consistent problem. Last July a customer documented his horrible experience as he tried to cancel his service.