Emma Watson Cast As Belle For ‘Beauty And The Beast’...

Emma Watson had one of the best Facebook posts today. It told the world she will be playing Belle from Disney’s Beauty and the Beast‘s adaptation in an upcoming live-action musical.

Not sure who Emma Watson is? She is famous for her 10+ year role as Hermoine in the Harry Potter films. 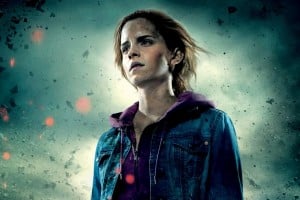 She is clearly best at the book heroine parts. So, why not Belle?

Dreamgirls‘ Bill Condon is set to direct the film. In October, Condon mentioned the film will include the original 1991 Alan Menken and Howard Ashman songs, as well as new music from Menken.

“Technology, we hope, has finally caught up to that treatment of the story, so I think we’re all kind of excited to bring that brilliant, amazing score and beautiful story into three dimensions.”

The public is still in the process of freaking out. Do you think Emma Watson is the perfect fit for Belle? We haven’t seen any negative comments yet!