Popular doll line, Bratz are known for their over the top makeup and clothes. One Tazmanian artist has recreated the dolls without their normal makeup. Amazingly, the dolls are unrecognizable. It is crazy to see what a difference the makeup made.

Buzzfeed had the details on the doll’s drastic make under.

According to the artist’s Tumblr, “These dolls have been rescued and rehabilitated from op-shops and tip shops around Tasmania. These lil fashion dolls have opted for a ‘tree change,’ swapping high-maintenance glitz ‘n’ glamour for down-to-earth style. I hand repaint the dolls faces, mold new shoes, and my Mum sews and knits their clothing.”

The make under has opened discussions about the message that is subjected to little girls, who play with these dolls. 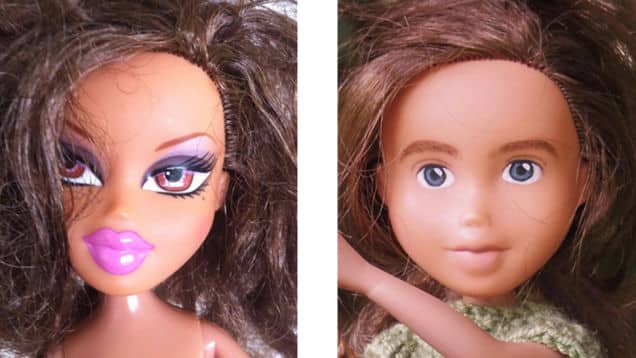 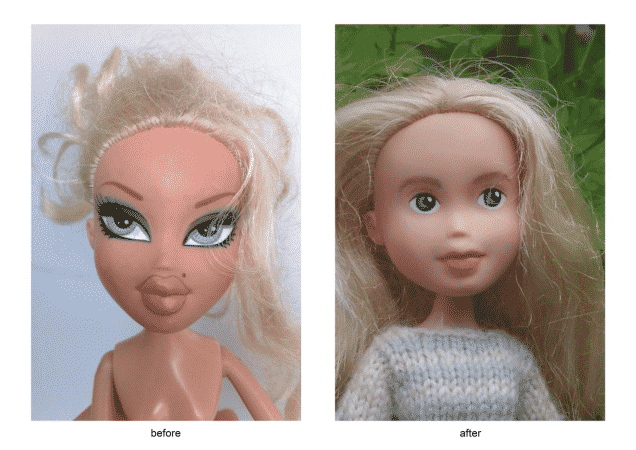 The doll’s new looks are also coming under criticism. Some say the dolls look nothing like the Bratz dolls, makeup or not.  Critics say the removal of makeup would not change the shape of the facial features so drastically.

In the Buzzfeed comments, Stevie Minion Macklin writes, “It’s just some guy making dolls and slapping Bratz – under makeover on it. I wanted to see the exact same doll – the same face shape, the same eye shape, the same EVERYTHING – with the makeup taken off. Simple as that. That’s what this person said it would be, and it’s not.”

Take a look at the pictures and decide for yourself.