Talk about a fashion no-no. The late Nirvana singer, Kurt Cobain’s suicide letter has been printed on shirts and is being sold on Etsy and Ebay, according to one Reddit user. The news of the controversial clothing article spread quickly, sparking negative emotions from fans. The comments quickly piled up on the reddit thread.

“That takes poor taste and exploitation to a new level,” one user wrote. Another said, “I want this so I can wear it when I commit suicide.”

“This makes me question the morality of the fashion industry and how far people are willing to go just to make a quick buck,” a different Reddit user added. “I’m actually speechless and really this is just sick and obnoxious on every level, no doubt about it, I really see no logical nor creative reason to have this as a ‘fashion’ statement. If i was to draw a line, this tank-top would be 5…hundred miles over that line.”

Some of the comments are sickening, while others are furious. 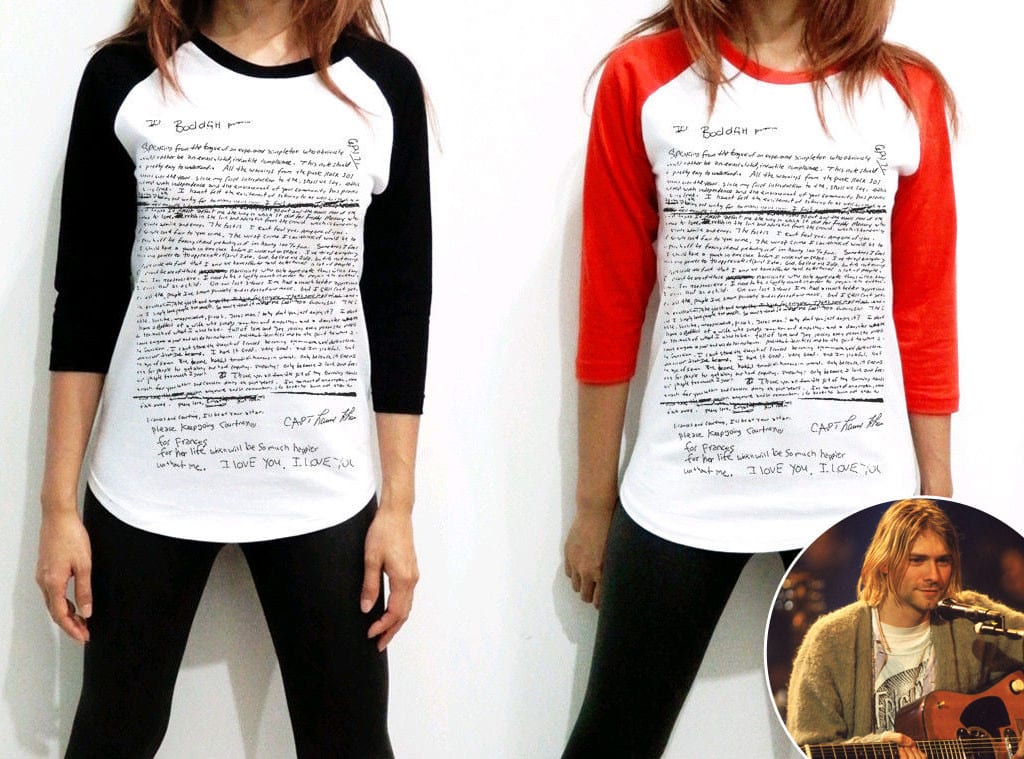 E! Online is reporting the products first appeared on Etsy on Monday. A tank top version sold for $14.99, while a baseball style tee was available for $25.19 on Ebay. Both online vendors have since pulled the merchandise.

An Ebay spokesperson spoke out and said the company “determined that this item violates our Offensive Materials policy, which includes the promotion of human tragedy. Ebay policy does not allow items that promote or glorify human tragedy, hatred, violence, racial, sexual, or religious intolerance.”

An Etsy spokesperson agreed that the shirts were considered a prohibited item. Items sold on the website cannot “promote, support or glorify acts of violence or harm towards self or others.”

In April 1994, Kurt Cobain was found dead of a self-inflicted gunshot wound. A suicide note was left near his body. The letter was written to his wife, Courtney Love, and young daughter. The letter’s contents are extremely sad and give a look into Kurt Cobain’s depressed and drug-hazed mindset.

“I have a goddess of a wife who sweats ambition and empathy and a daughter who reminds me too much of what i used to be, full of love and joy, kissing every person she meets because everyone is good and will do her no harm,” he wrote.

“And that terrifies me to the point to where I can barely function. I can’t stand the thought of Frances becoming the miserable, self-destructive, death rocker that I’ve become.”

He ended the letter with, “Frances and Courtney, I’ll be at your alter. Please keep going Courtney, for Frances. For her life, which will be so much happier without me. I LOVE YOU, I LOVE YOU!”