Crayola Facebook Hacked And The Results Were Colorful [NSFW]

Someone hacked the official Crayola Facebook page on Sunday and let’s just say the results were… colorful. The anonymous hacker filled the crayon corporation’s social media with tons of lewd content. From links about sexual innuendoes to alcohol use. Many users were outraged that their children were subjected to such content. Immediately, social media was abuzz with furious reactions.

As soon as the company realized what was going on, they immediately took action, posting a status that they were working to get things back into order.

We're aware of the situation on our official FB page, which was hacked today, and making every effort to stop the unauthorized posts.

About 15 hours later, it seemed as if Crayola was able to regain control. All of the lewd content was deleted, but of course not before social media captured screenshots of all the mayhem. Remember, this material is NSFW, you’ve been warned. 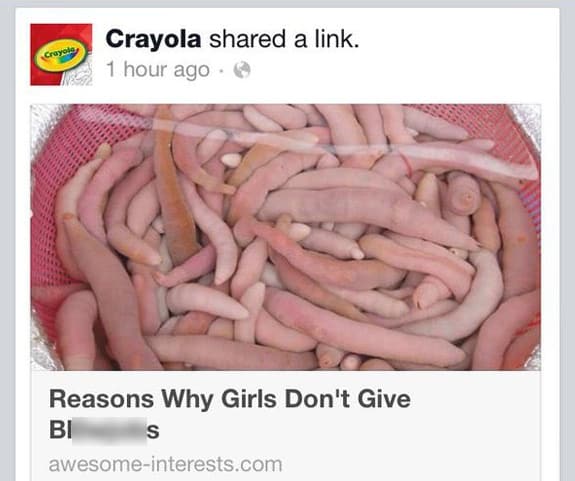 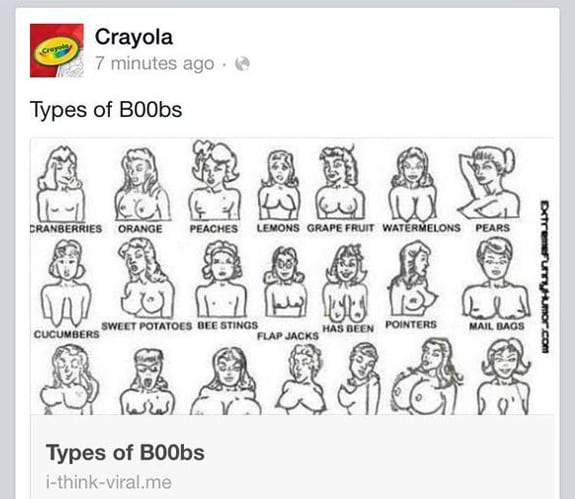 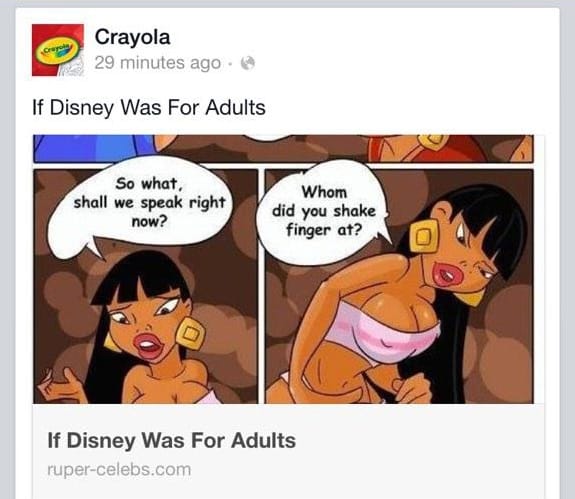 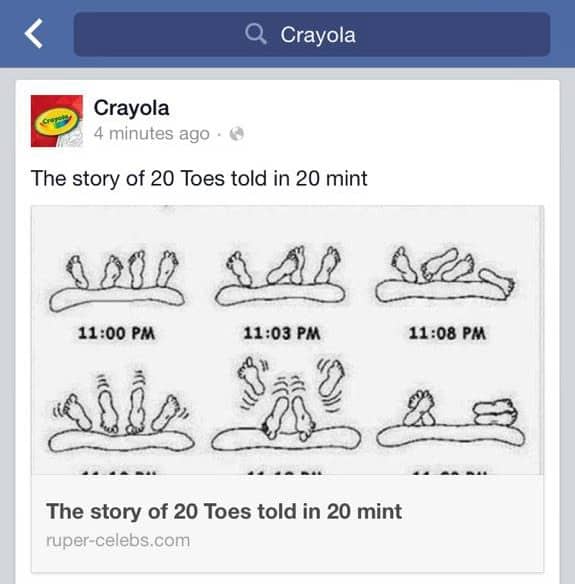 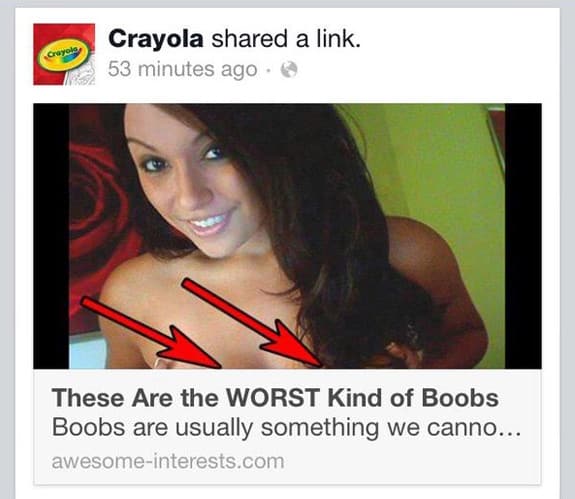 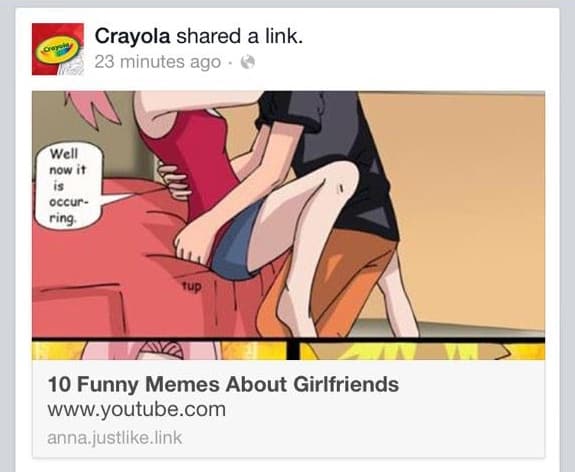 It is unclear who is behind the hacking. It seems as if many companies’ social media outlets are getting hacked lately. In fact, the lack of security on social media is a bit unsettling. According to the Washington Post, even the United States military had to do damage control after ISIS reportedly hacked their Facebook and Twitter pages.