It was not a mistake that Amy Poehler and Tina Fey hosted the Golden Globes for a second time.

A video of their monologue was uploaded to YouTube during the show and has gotten over 1.2 million views by the next day, less than 24 hours. Why? Because they nailed every single joke.

“The biggest story in Hollywood this year was when North Korea threatened an attack if Sony Pictures released “The Interview,” forcing us all to pretend we wanted to see it.”

“In Into the Woods, Cinderella runs from her prince, Rapunzel is thrown from a tower for her prince, and Sleeping Beauty just thought she was getting coffee with Bill Cosby.”

Fey and Poehler didn’t stop there. Each of them did their own Cosby impression…

“George Clooney married Amal Alamuddin this year. Amal is a human rights lawyer who worked on the Enron case, was an adviser to Kofi Annan regarding Syria, and was selected to a three-person U.N. commission investigating rules of war violations in the Gaza Strip. So tonight, her husband is getting a lifetime achievement award.”

They both loved it. 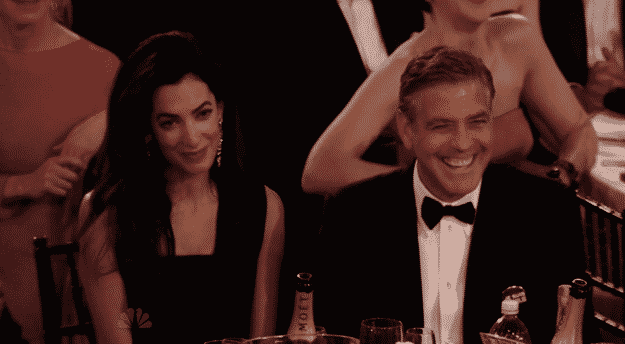 Watch the full monologue below: