The late ‘Crocodile Hunter’ Steve Irwin’s legacy will live on in more ways than one. His 16-year-old daughter Bindi posted an Instagram photo of her and her 7-year-old brother, Bob Irwin, and the resemblance is uncanny. Little Bob looks just like his late father. 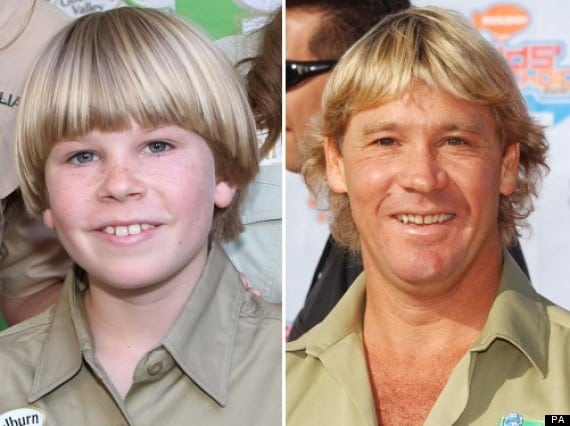 Their father would be so proud. The two siblings are extremely close, as Bindi captions her photo, “This boy is my world.”

Bindi also wrote on Nov. 30, “Happy Birthday to my wonderful little brother. He is officially 11 years old today. He’s one of my best friends and always manages to make me smile. He is more and more like Dad every day. I love him more than words and I’m so proud of the amazing human he is becoming.”

The two children have worked extremely hard to continue their father’s legacy of wildlife conservation in Australia. Bindi, who calls herself the ‘Wildlife Warrior’ is heavily involved in animal efforts.

Steve Irwin, more popular known as the ‘Crocodile Hunter’, was killed after being stabbed in the heart by a stingray barb. He was survived by his wife, Terri, and their two children, Bindi and Bob.