This viral vine shows an awkward moment for one woman at the Ohio State and Alabama showdown on Thursday night. The short video has social media asking all kinds of questions. What is going on in this video? Is that her boyfriend or a side dude, because when the camera pans to them things get awkward.

Well, the investigators of the Internet have dug for the answers we were all looking for. Whatstrending.com has compiled a comprehensive guide to the mystery Ohio State couple. The writer immediately set the record straight.

“First off, the initial sour reaction from the Ohio State fans is due to a horrible 21-yard-punt that gave the Alabama Crimson Tide amazing field position in the fourth quarter of the Allstate Sugar Bowl. (The Ohio State Buckeyes would intercept a bad Alabama pass on the next play and go on to win and advance to the National Championship game on January 12.)”

Social media was abuzz with different reasons for the girl’s strange reaction. The majority guessed she was cheating on her real boyfriend and didn’t want to get busted on live television. This theory was quickly busted when one of her family members tweeted this. 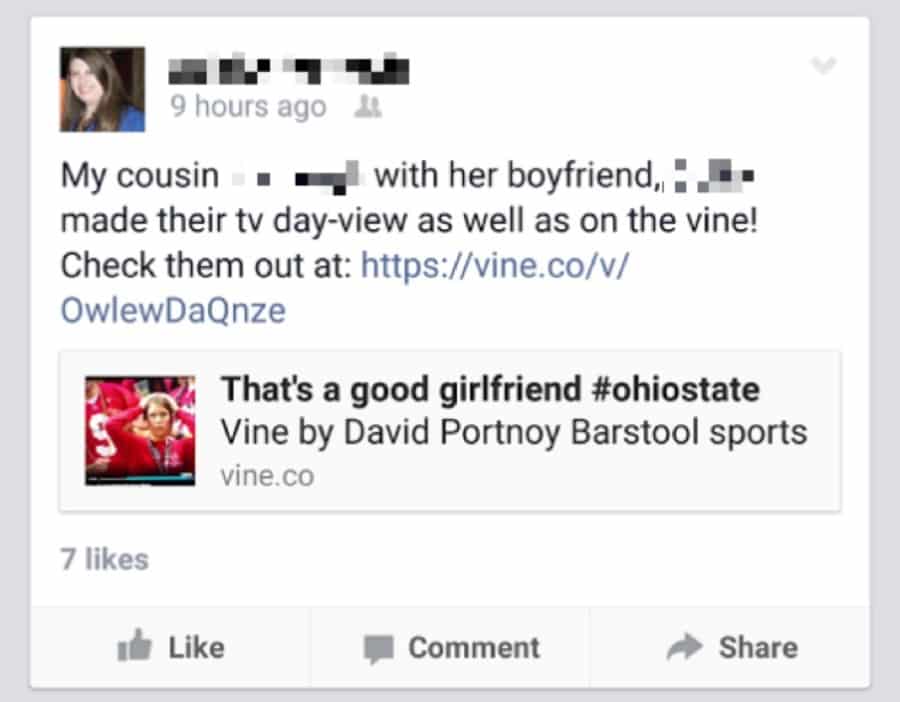 Other social media users say the kid next to the guy said something to the girl that made her stop rubbing the guy’s neck. Other users say she was trying to pickpocket the guy in the black sweatshirt, which seems pretty improbable.

The most feasible thing could be the boyfriend was upset by the game’s turn of events. The girl was trying to console him, then she noticed she was the Jumbotron and freaked out. Some people just can’t handle the limelight.