Selena Gomez stirred up a little controversy this weekend when she showed her ankles at a mosque in Abu Dhabi.

The singer shows plenty of skin when she’s performing in the United States but that sort of display isn’t welcome in Abu Dhabi. According to Billboard, it is a sign of disrespect in the Muslim culture to show your legs at a mosque.

Selena Gomez posted a photo of herself, her ankles, and Cody Simpson during their visit to the Sheikh Zayed Grand Mosque on Instagram. The singer posted another photo of herself and a group of people laughing at the mosque. Both activities are frowned upon. 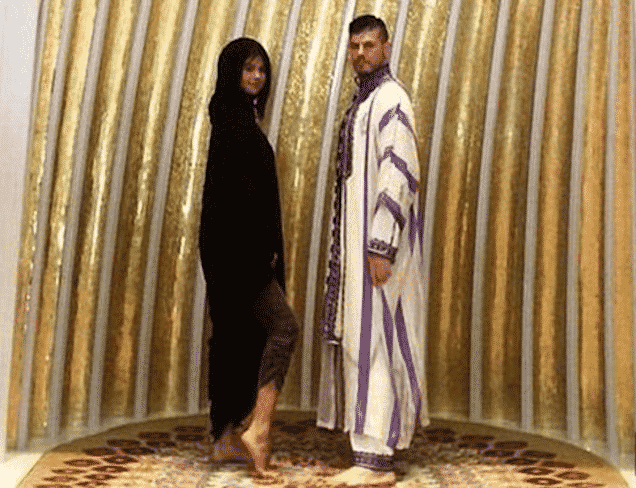 But she left the other photo on her Instagram page. Can you spot Selena? Hint: She’s the one who’s showing off her ankles.

Several people have commented on Selena Gomez’ Instagram photo. While some argue that the singer didn’t do anything wrong, others say that she should have had more respect for the Muslim culture.

One Instagram user commented: “Just because you’re not muslim doesn’t mean you don’t have to follow muslim tradition in a Muslim place.”