Dustin Diamond, better known as Screech from Saved By The Bell, has been arrested and charged in Port Washington, Wisconsin after allegedly stabbing another man during a altercation at a local bar. E! Online reports, the 37-year-old actor was arrested and booked on Christmas day. He was later released on $10,000 bond the next morning.

Diamond has already appeared in court, where he was charged with several misdemeanors. The charges include reckless endangerment, carrying a concealed weapon, disorderly conduct and use of a dangerous weapon. Not too bad, considering he is accused of stabbing another person, which is a pretty serious crime. 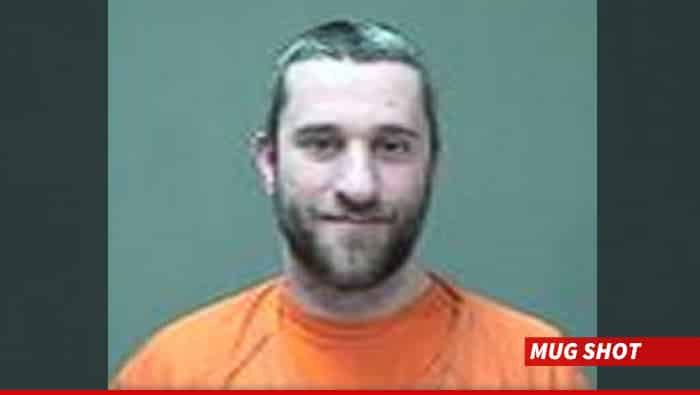 “At approximately 11:15 p.m. on Thursday, December 25, 2014, the Port Washington Police Department responded to the Grand Ave. Saloon for reports of a stabbing. Evidence quickly gathered at the scene indicates a male, age 37, had stabbed another male patron and left the bar in a white SUV with his 27-year-old girlfriend. Officers quickly located the suspect vehicle and suspects and took both into custody. Further investigation revealed the suspects were in the Grand Ave Saloon where an altercation took place. The altercation escalated to the point where a victim was stabbed by the 37-year-old suspect. The knife was recovered in his vehicle. The victim suffered not life threatening wounds, has been treated, and is recovering at home.”

Shocking details are uncovered in the statement. Diamond and his girlfriend left the scene after the altercation. Fortunately, the victim was not killed or seriously wounded. Diamond’s girlfriend was also caught up in the trouble. She was charged with disorderly conduct.

Dustin Diamond has declined to comment. Perhaps, it is for the best. His career isn’t exactly at the top. He is best known for his role in Saved By The Bell. Since the show’s finale in 1993, he has starred in a few spin-offs. He has had some other acting roles in B-rated films and even participated in a few reality shows. He also wrote a tell-all book and even has his own sex tape, which he now denies.