Gates has done a few Reddit Secret Santa’s in the past. Last year, Gates gifted a real living and breathing cow! (Don’t worry, the cow didn’t go to some random residence. It went to Heifner International.)

Bill Gates may have been in a charitable mood last Christmas but this year he took a different route. He gave Redditor calid7 a full-size replica of the helmet worn by Loki in the movie The Avengers.

The Redditor posted a picture of her gift along with the message: “The amazing human being Bill Gates sent me a Loki Helmet which i have been dying to own ever since the first Thor movie came out! He read my ‘pie in the sky wish’ that i filled out in my questionnaire and fulfilled it! I also got an amazing coffee table book of gorgeous pictures of Africa (somewhere i desperately want to go, its on my bucket list!) with an inscription and a Giant microbes polio virus stuffed animal!” 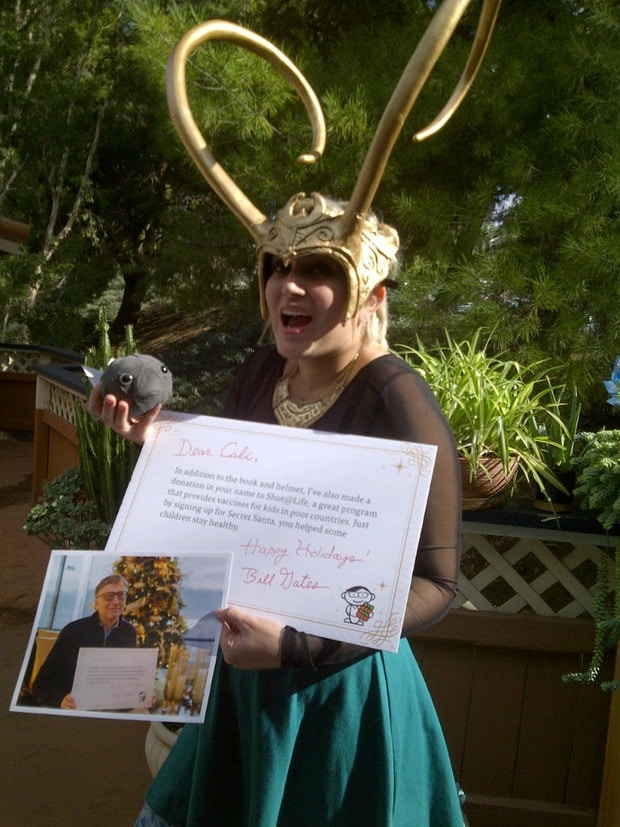 Bill Gates isn’t the only celebrity to participate in Reddit’s Secret Santa this year. Verne Troyer, a frequent visitor to the site, gave this instant Karma gift. 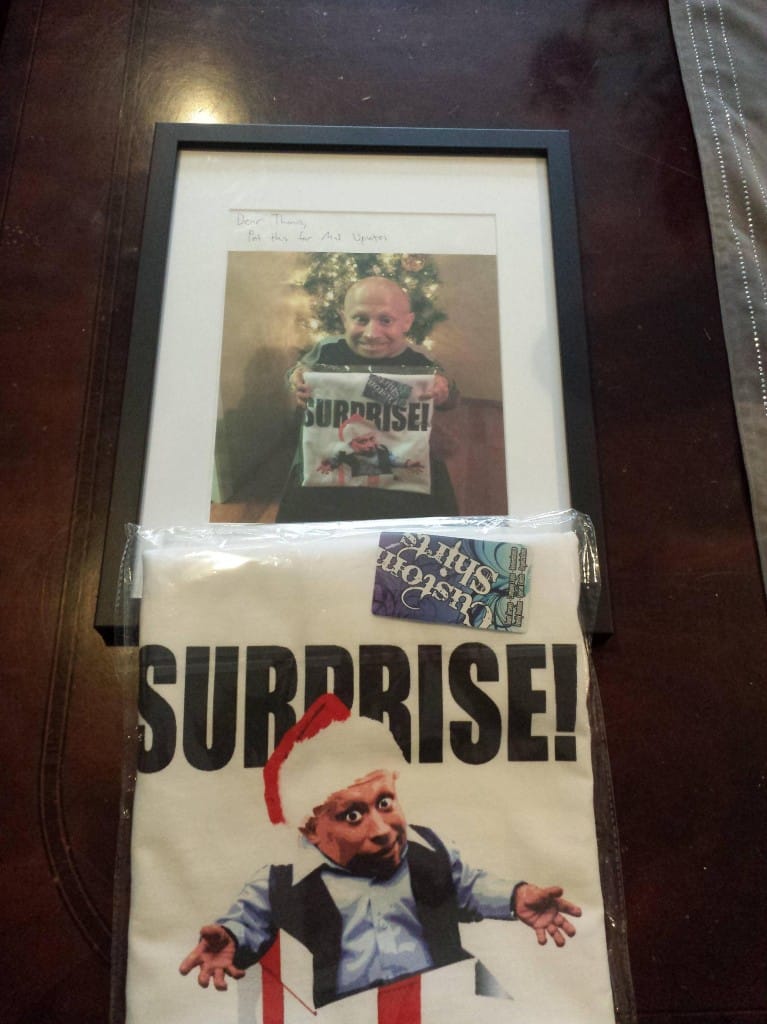