Iggy Azalea recently announced she will be going on an upcoming north american tour, but didnt release any dates. Before she released the dates, she teased fans about secret special guests to accompany her and her official DJ – Whizz Kidd.

Iggy told everyone that Nick Jonas and Tinashe were the secret surprise guests and people had a slight freak out since Jonas climbed the charts with the “Jealous” remix featuring Tinashe. And that he is becoming a serious sex symbol.

The “Black Widow” singer will play a total of 24 shows in 47 days, starting in California and ending in Texas. Tickets for her “Great Escape” your go on sale Friday, December 19 via AEG Live. Dates are listed below. 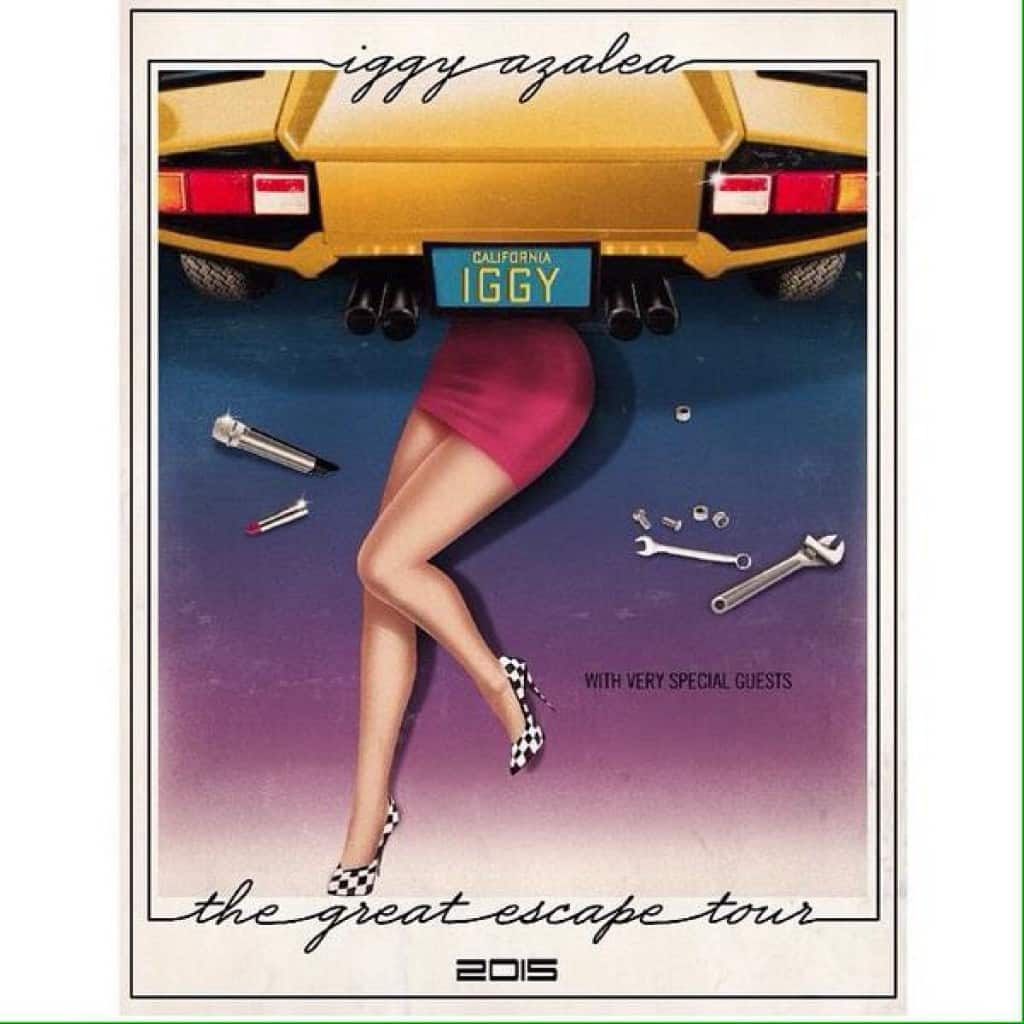