by Dan Evon 8 years ago11 months ago

People Magazine is ready for the day that Kirk Douglas dies. The celebrity magazine accidentally published the actor’s obituary a little too soon. You know, since Kirk Douglas is not dead.

It seems like someone at People Magazine simply wrote the actor’s obituary just in case the actor passed away. The article was never meant to be published. It had “DO NOT PUB” written across the top but someone missed that message and published the article online. 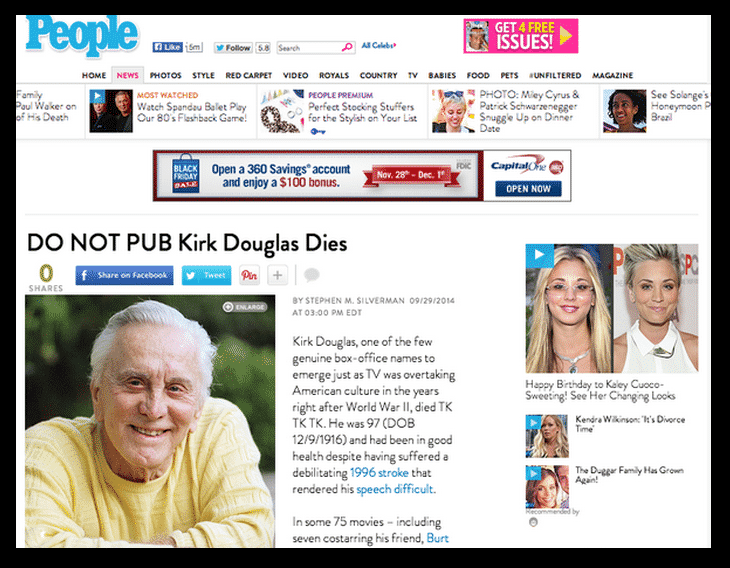 The article was quickly deleted from the website but screenshots of the actor’s obituary are still circulating online.

Kirk Douglas got to read his own obituary Sunday. It was published by accident Sunday on the “People” magazine website. He’ll be 98 on 12/9

Kirk Douglas is in relatively good health for being 97 years old. He suffered a stroke in 1996 which caused some speech difficulties but other than that he’s in pretty good shape.

So why was People Magazine planning for his death? According to AJC, it’s common practice for media publications to pre-write obituaries for famous people. When Kirk Douglas really does die, People will only have to add a sentence or two about the time and date of his death and then they’ll be able to republish his obituary.