by Grace 8 years ago8 months ago

Every year, as Thanksgiving draws closer, you hear rumors of strikes for Walmart on Black Friday. So far, it hasn’t happened (at least to the scale that people expect), but this year there might actually be significant strikes, thanks to OUR Walmart.

The group, Organization United for Respect at Walmart, or OUR Walmart for short, describes itself as a grass-roots effort by Walmart workers, to press for better pay, benefits, and respect at work. It’s a non-union group; more information can be found on their Facebook page.

According to OUR Walmart, this Black Friday is expected to be their biggest strike, to date. In fact, some workers at a Walmart in Ohio went on strike a week early, for better pay or more reliable hours. 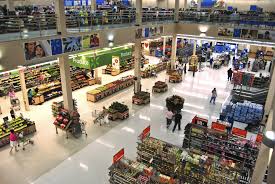 OUR Walmart’s first strike on Black Friday in 2012 had mixed results. OUR Walmart quoted a figure of close to 500 Walmart employees striking, while Walmart reported only 50 workers on strike. In any case, OUR Walmart hopes to exceed (and possible double) that number this year.

Only time will tell.