A young hiker was killed by a black bear this weekend at the Apshawa Preserve in New Jersey.

Darsh Patel, 22, was hiking with a few friends at the preserve when he spotted a 300-pound black bear. Patel took a few photos of the animal with his cellphone before the black bear attacked and killed him.

The police report reads: “They stopped and took photographs of the bear with their cellphones and the bear began walking towards them.”

The West Milford Police Department released some of the photos found on Patel’s phone. 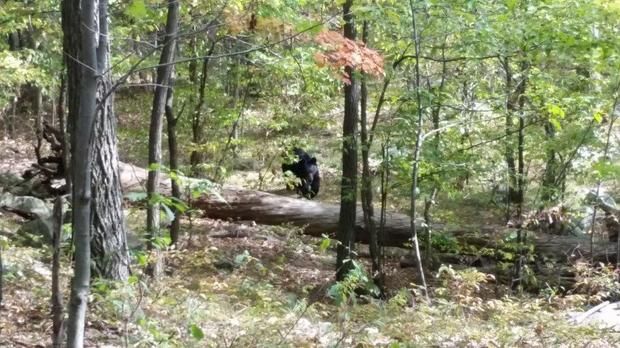 Chief Timothy Storbeck said that Patel and his four friends were warned by another group of hikers that there was a bear nearby. When the group saw the bear, they took a few photos and then started to walk away. But the bear continued to follow them. Storbeck said that the group decided to split up and run once the bear was about 15 feet from them.

The bear chased Patel while the other four hikers were able to escape and call 911. Authorities found Patel’s body a few hours later. NJ.com reports that an officer shot and killed the bear who mauled Patel.