So Paul Rudd does age?!

The actor has one of those faces that just doesn’t seem to age. Sure, he isn’t at Nicolas Cage vampire levels, or even John Travolta time traveler levels, but you can’t deny that Rudd has somehow managed to escape the effects of aging during his 30s and 40s.

There’s even a quiz on Vulture that asks users to guess Rudd’s age during various movie roles.

Vulture writes: “We accepted that Paul Rudd was 40 in This Is 40, because it was right there in the title. But if it had been called This Is 26, we would have accepted that just as easily. Because while in human years Rudd may be 45, he never seems to actually age: He looks 32ish and he always has, even when he was 26 and starring in Clueless.

But there was a time, long ago, that Paul Rudd was just a fresh faced college student with a wild hair cut. 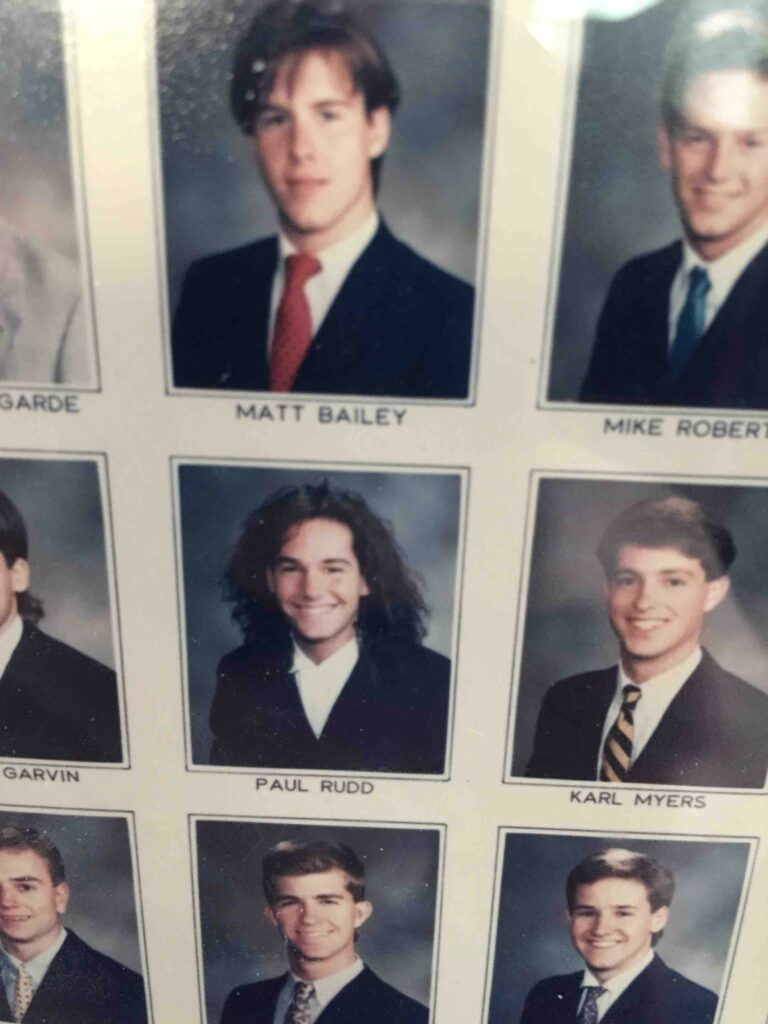 The photo was uploaded to Reddit earlier this week. According to the Redditor, Rudd attended Kansas University in the 80s.

This is the second time that Rudd has gone viral this month for doing absolutely nothing. A few weeks ago, many people suspected that Rudd was one of the people at the Dallas Airport that defended a man from being harassed by a drunk homophobe. Turns out that Rudd was not at the Dallas airport at the time of the incident.

Rudd didn’t play a superhero in real life but he’ll soon be starring as one in the new Marvel movie Ant-Man.