by Grace 8 years ago2 months ago

Recently, we shared our top picks for deals on laptop computers and tablets for Black Friday. It shouldn’t come as much of a surprised that Walmart appeared several times on that list – more often than any other retailer (including Amazon and Best Buy).

Walmart offers some amazing deals on Black Friday – enough to draw crowds as early as 6pm on Thanksgiving afternoon.

Crowds are volatile, difficult to control, and, when pitted against hundreds of other desperate shoppers competing for the same limited number of Xbox One bundles, occasionally violent.

Every year, Walmart has problems with violence on Black Friday.

Really, what is it with Black Friday violence and Walmart? The two seem inexplicably linked. 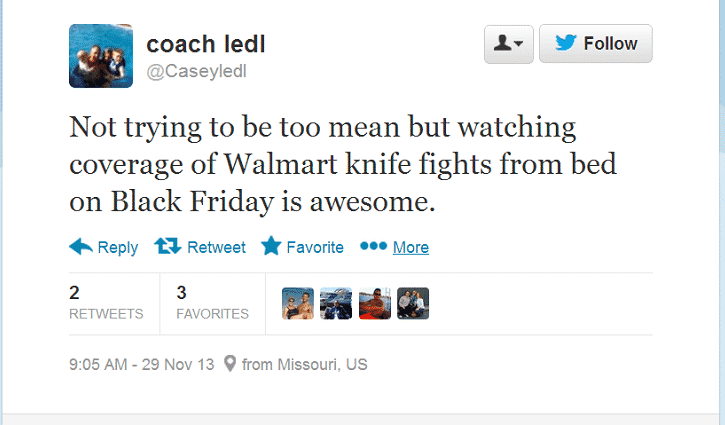 Some people have dubbed Walmart as the most dangerous place to shop on Black Friday. The stores combine “door-busting deals” with underpaid employees and desperate  shoppers.

Black Friday 2014 won’t be any different. Our advice is to avoid confrontation with other shoppers, don’t fight over parking spots, keep your eyes wide open for drunk or exhausted drivers, and use your common sense. 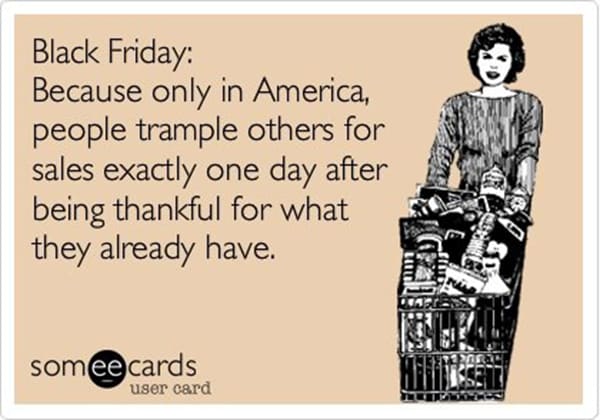 Or, you know, wait an extra week and pay the extra $20 for that Xbox One. Waiting in line for hours and elbowing elderly people out of the way to get those “door-busting deals” isn’t always worth it.

Walmart Fights Break Out Because … #BlackFriday!