Gabriel Harris looks so sad in his mugshot that it’s almost too depressing to laugh. Almost.

Harris, 33, was arrested on Sunday night after he attempted to order from the Taco Bell drive-through in New Smyrna Beach, Florida. The restaurant wouldn’t serve Harris and when he refused to leave they called the cops.

That’s when things get a little heated.

Harris, who was attempting to get Taco Bell with a female friend, got into an altercation with the police officers. According to the Huffington Post, police arrived and noticed that Harris had a Swiss Army knife on his belt loop. This led to Harris getting apprehended, which lead to a struggle, which led to Harris getting thrown to the ground, which led to a scaped forehead and the world’s saddest mug shot. 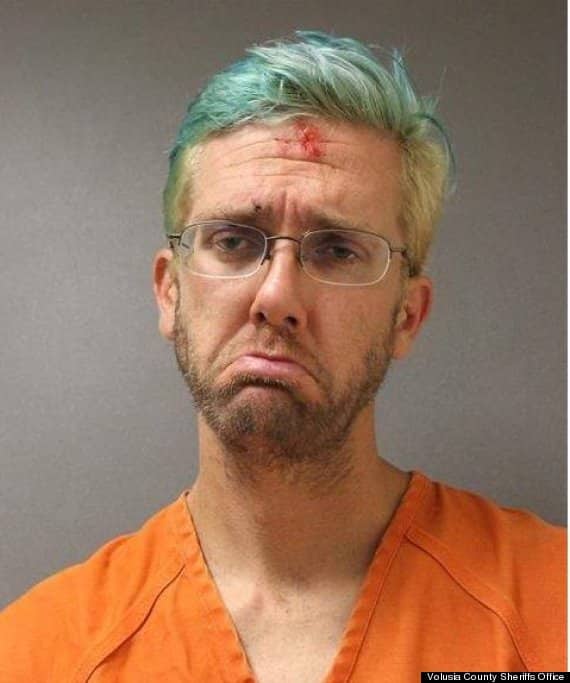 Harris was charged with resisting arrest. He was released on $1000 bond.

In case you were wondering… yes, Gabriel Harris was a little intoxicated at the time of his arrest.

The Miami Herald notes that this is the second time that Gabriel has been arrested for resisting arrest. The first time, which was a non-violent incident, ended with the Florida man “looking happier in his mugshot.”