One FSU student narrowly escaped death last night when a bullet was stopped by the books in his backpack.

Jason Derfuss was at the Strozier Library when a gunman opened fire. Three students were injured in the shooting before the gunman was killed by police. Derfuss would have been injured too, or possibly killed, if it wasn’t for a copy of “Great Medieval Thinkers” by John Wyclif.

The student posted some amazing pictures to his Facebook page last night. Derfuss writes that he was targeted by the gunman and that he could have died if it wasn’t for a couple of library books and divine intervention. 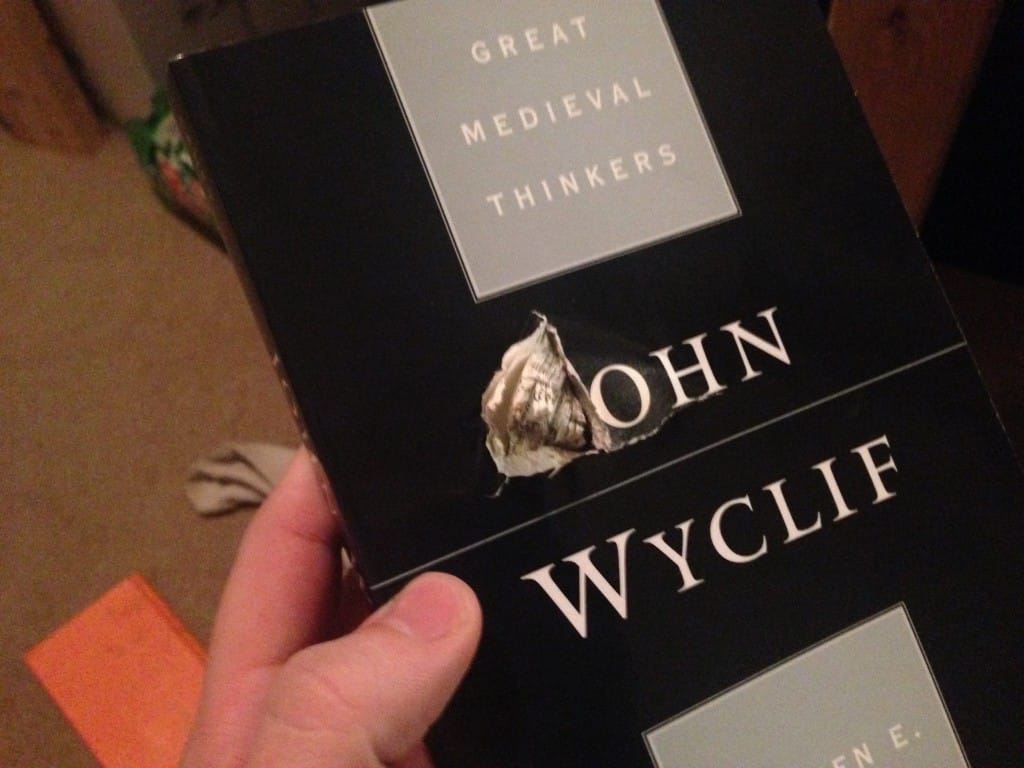 Derfuss writes: “Earlier tonight there was a shooting at FSU, right as I was leaving Strozier. I didn’t know this at the time, but the Shooter targeted me first. The shot I heard behind me I did not feel, nor did it hit me at all. He was about 5 feet from me, but he hit my books.” 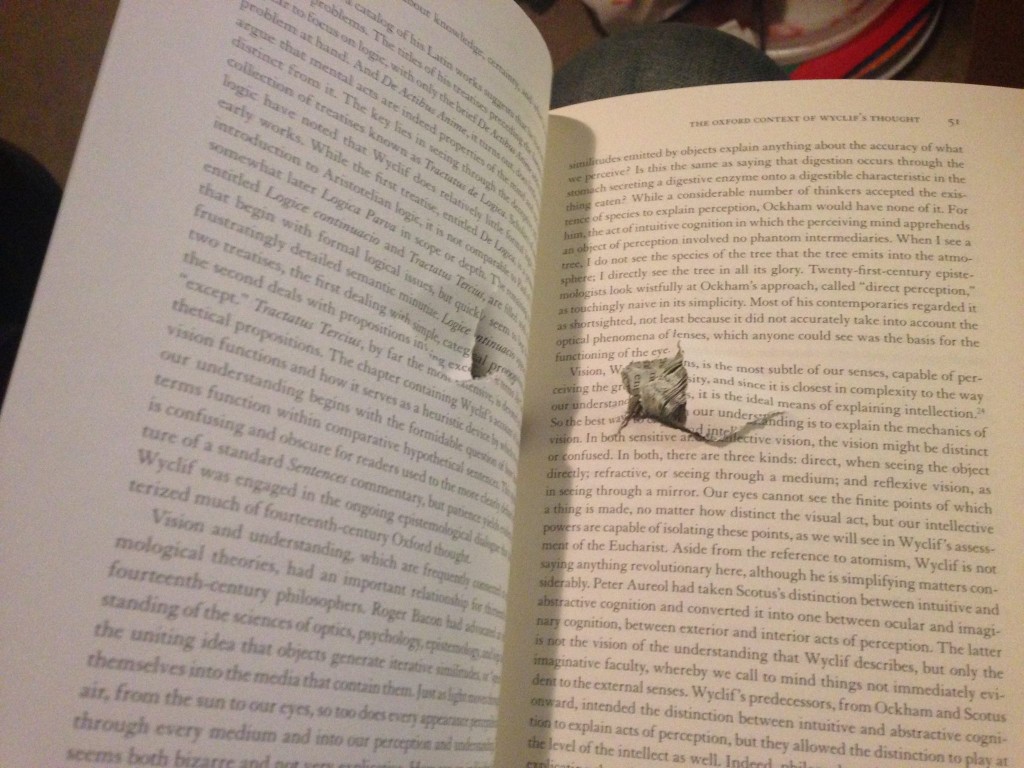 Derfuss adds: “Books one minute earlier I had checked out of the library, books that should not have stopped the bullet. But they did. I learned this about 3 hours after it happened, I never thought to check my bag. I assumed I wasn’t a target, I assumed I was fine. The truth is I was almost killed tonight and God intervened.” 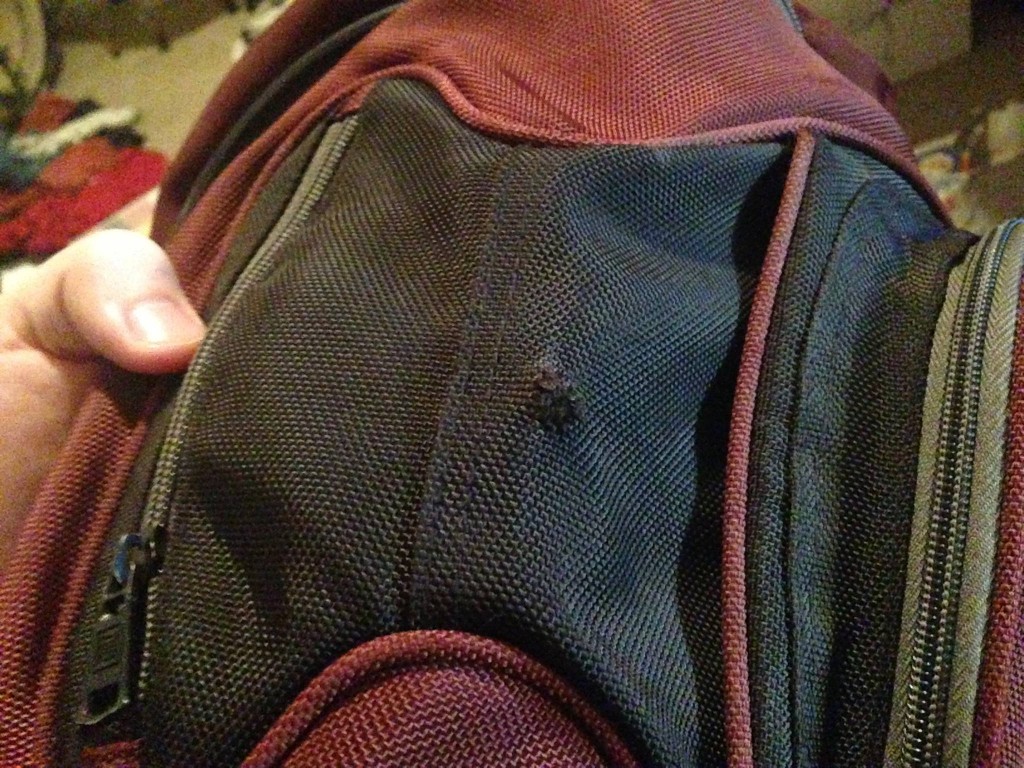 We’re not sure what if the lesson here should be read more or pray more. We’re just glad that Derfuss escaped the FSU shooting last night unharmed.

The student concludes: “I know conceptually He can do all things, but to physically witness the impossible and to be surrounded by such grace is indescribable. To God be the glory, forever and ever, Amen.”