Charlie Brown and Snoopy are Making their Big Screen Debuts...

Charles Schulz’ beloved Peanuts series is making a comeback in the form of a new Peanuts movie.

The trailer for what is officially titled, “The Peanuts Movie,” features all of our childhood favorites:

Woodstock, Snoopy, and of course Charlie Brown and the gang make their way to the big screen and into our hearts. This will be the first time a Peanuts movie has ever been released in theaters.

The trailer shows Snoopy in his classic airman inspired attire surrounded by Christmas lights and ornamentation. He then flies his plane — aka doghouse — into Paris and nearly collides with the Eiffel Tower before being brought back to reality. Can’t wait. 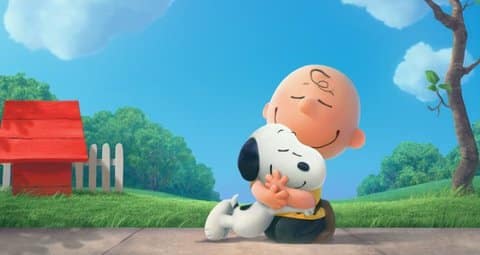 Snoopy also made his Vine debut in May last year with a stop motion video: