5 Great Thanksgiving TV Specials to Get You in the...

Thanksgiving television might not be quite as much of an institution as the Christmas special, but over the years we’ve seen plenty of our favorite series take the opportunity to run a festive episode in November. Here are five of the best examples to enjoy ahead of November 27.

Friends – The One with All the Thanksgivings

While Friends has several Thanksgiving specials that are worth a watch, this one is the best of the lot. The many flashbacks to Turkey Days of the past make for a very entertaining episode on all counts, with Phoebe’s dis-arming past lives being a particular highlight. Of course, it’ll be remembered for that classic visual of Monica wearing a turkey on her head with sunglasses over the top — and with good reason.

Chuck – Chuck Versus the Leftovers 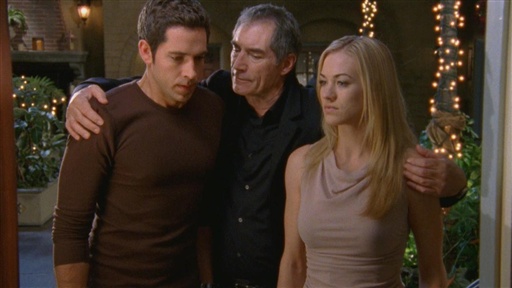 Underappreciated spy comedy Chuck might not sound like the most obvious candidate for a Thanksgiving special, but this one is a real treat. With guest star Timothy Dalton on fine comedic form and some very amusing references to Christmas class Die Hard, if you never got into Chuck whilst it was on the air, this might just be the episode to get you hooked.

WKRP in Cincinnati – Turkeys Away

This is one of the more well known bits of Thanksgiving TV, as you might expect from its very memorable plotline; the radio drops turkeys from a helicopter in a misguided promotional tactic. The episode spawned that classic quote, ‘as God as my witness, I thought turkeys could fly’ — but fewer people are aware that the idea came from real life. Atlanta based WQXI, which was also the inspiration for many of the show’s characters, ran a similar campaign.

The bawdy humor of South Park is still going strong almost two decades after the show began, and this episode from season 15 shows just why it’s still so popular. Skewering the History Channel series Ancient Aliens, this raucous holiday special is a little lighter on the sentiment than other Thanksgiving episodes, but all the funnier for it.

Few other holiday specials can claim to have the same cultural impact as A Charlie Brown Thanksgiving. Having aired every year since 1973, there’s something about this holiday tradition that keeps people coming back. For many, it’s not quite Thanksgiving unless the whole family gathers round to watch this perennial Thanksgiving TV highlight.

What’s your favorite Thanksgiving TV special? Let us know in the comments section below, or get in touch via Twitter by follow @SocialNewsDaily.