This Fan-Made Movie Trailer Will Have Adults Breaking Out Their...

This trailer for a fan-made movie — sadly, it apparently never got made — about the popular ’90s animated TV show Captain Planet and the Planeteers is sure to stir the hearts of those adults old enough to remember coming home from school to watch Earth’s greatest environmentally conscious superhero in action.

The trailer was released in January of 2013, but it’s trending again on Reddit. Commenters there are also excited at reports that Michael Bay is producing a live-action Captain Planet movie. 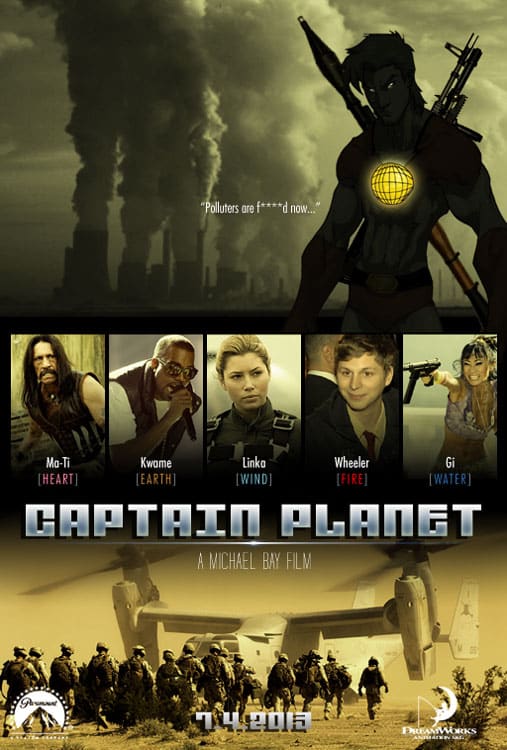 Would you watch this movie?