by Grace 8 years ago2 months ago

A photo snapped by a North Carolina mother recently went viral, along with her heated rant.

Apparently her son, a freshman at Porter Ridge High School in Union County, brought home a worksheet on Islam with some “questionable answers. The mother immediately contacted both the school and her local news station after reviewing her son’s worksheet – deeply angered by what she saw. 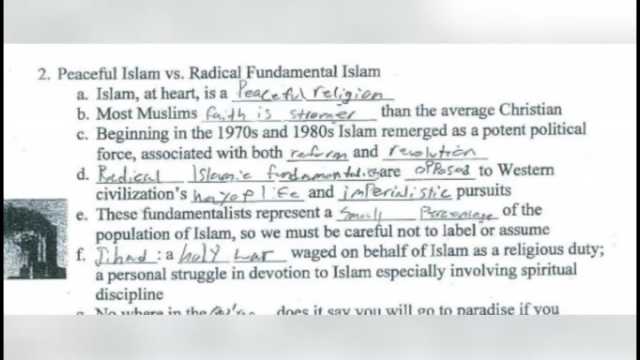 You can see the original worksheet by clicking here and here if you want to formulate your own opinions.

What bothered her the most, she said, was the sentence, “Most Muslims’ faith is stronger than the average Christian.”

The mother who sent in this tip has asked to remain anonymous, so her son will not be singled out or harassed at school.

It’s important to remember that this viral photo of the worksheet only had the answers her son filled in; it has yet to be confirmed with the school or teacher in question whether those were actually the correct answers. 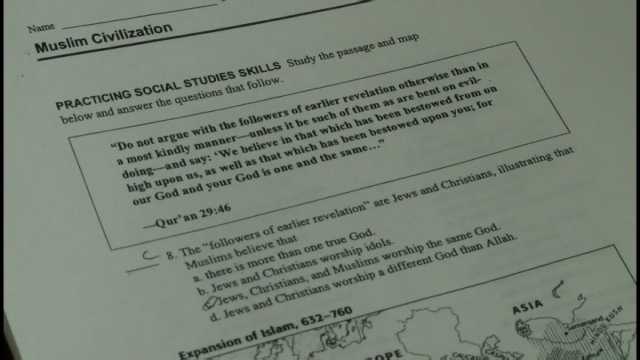 Like most other trending topics, the comment section is full of conspiracy theorists, death threats, and copies of the principal and teacher’s email addresses (and phone numbers), so angry people can call in additional threats.

What do you think? Was the mother out of line when she sent photos of the worksheet to local news stations? Or was this worksheet going “too far”? 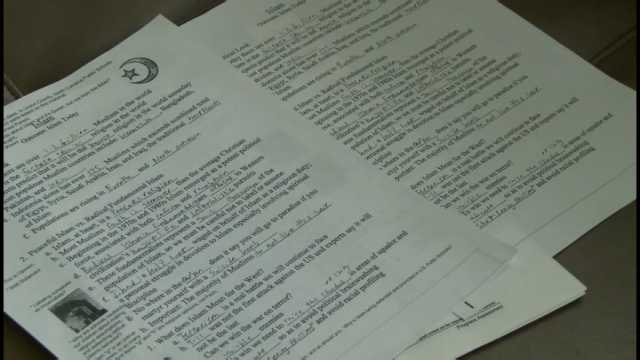