A new typeface called “dyslexie” aims to make reading easier for people who suffer from dyslexia.

Christian Boer, the Dutch designer who created the font, said: “Traditional fonts are designed solely from an aesthetic point of view which means they often have characteristics that make characters difficult to recognize for people with dyslexia. Oftentimes, the letters of a word are confused, turned around or jumbled up because they look too similar.”

Boer says that traditional typefaces use similar designs for all letters in the alphabet. This creates “twin letters,” or two different letters that look very similar to one another. The dyslexie typeface aims to create 26 unique looking letters.

Boer said: “Traditional typefaces make this worse, because they base some letter designs on others, inadvertently creating ‘twin letters’ for people with dyslexia … By changing the shape of the characters so that each is distinctly unique, the letters will no longer match one another when rotated, flipped or mirrored. Bolder capitals and punctuation will ensure that users don’t accidentally read into the beginning of the next sentence.” 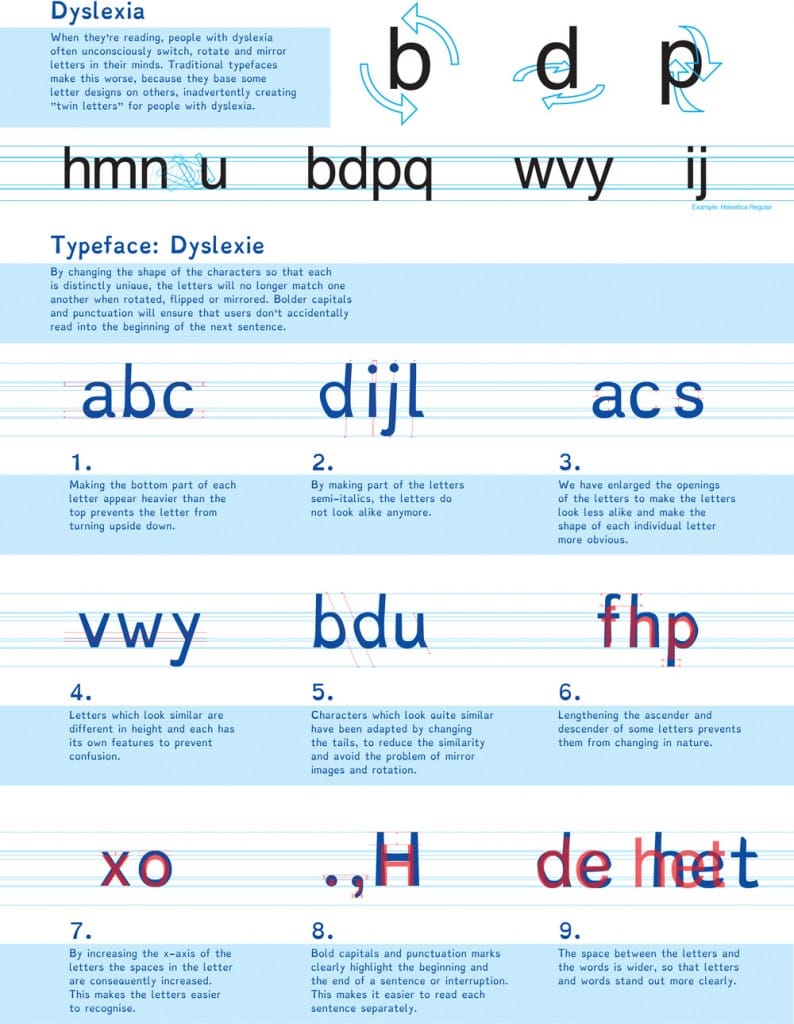 Christian Boer, who is dyslexic, created the font in 2010 at Utrecht Art Academy. He presented it during a TED talk in 2011 and it is now on display at the second Instanbul Design Biennial. The Dyslexie typeface is also available for download here. Once downloaded, users will be able to type, read emails, and browse the web with the new font.