by Grace 8 years ago8 months ago

The controversial (and misogynist) “pick up artist” Julien Blanc made headlines when an instructional video he released on Youtube titled “White male f-cks Asian women in Tokyo (and the beautiful methods to it)” went viral.

The video shows him grabbing random Japanese women and shoving their heads into his crotch while cooing out “Pikachu! Pikachu.” It also shows him choking women – another one of his secret tricks to score with the ladies.

The video was spotted by Jennifer Li, an Asian-American woman who quickly started the #takedownjulienblanc hashtag on Twitter. The user msdoom99 also subtitled the video in Japanese and re-released it to Youtube, earning close to one million hits in the last couple days. Several other prominent jvloggers (videobloggers who live in Japan) have also released videos calling out Julien Blanc for his inappropriate and disgusting behavior.

Many of Julien Blanc’s tricks and tips are not his own invention. They came from the 2005 book “The Game: Penetrating the Secret Society of Pickup Artists.” There is a real culture of “pickup artistry,” which is just a fancy way of saying that men like Mr. Blanc charge $3000 a person for special seminars that teach you how to get women to have sex with you.

The “successful” pickup artists travel the globe for these seminars, attracting crowds of men in each city. In fact, this video went viral while Mr. Blanc was on a tour. It hit hardest while he was “teaching” in Australia and, after a successful Change.org petition, the Australian government cancelled his visa (Thursday Nov 6th) and deported him.

His tour is still scheduled to continue, though. In fact, his next stop is Tokyo, where he is scheduled to “teach” seminars from November 15th to 17th.

Considering some of the most vile bits of advice he gives are aimed towards harming Japanese women, no one knows what will happen when he tries to enter Japan. Japanese natives and foreigners have come together in an (almost completely) unified hatred for Mr. Blanc and everything he stands for.

His videos show him grabbing at and kissing a timid convenience store worker while she is on duty. He also proudly tells his students “”If you’re a white male in Tokyo, you can do what you want. I’m just romping through the streets, just grabbing girls’ heads, just like, head, pfft on the dick, head on the dick, yelling, ‘Pikachu,’ with a Pikachu shirt (on).””

There has been another Change.org petition to prevent Mr. Blanc from entering Japan. It states that, according to the Japanese Penal Code, “forcible indecency” is illegal in Japan. Since Mr. Blanc plans to enter the country with the intention of committing criminal acts (not to mention encouraging others to commit these acts) Japanese immigration should deny his entry.

It’s a stretch and many of the signers know it. Julien Blanc is not his real name and, without his legal name, they cannot pressure Immigration to deny his entry.

Nonetheless, even if Mr. Blanc is able to enter Japan, he might not be able to give his seminars. Tokyo is a big city, but it’s not that big.

Mr. Blanc’s videos have managed to piss off a large percentage of the foreign population in Tokyo, as well as Japanese women who are tired of being fettishized, harassed, and disrespected by men like Mr. Blanc. Not to mention Japanese men who have their own reasons for disliking this particular brand of pickup artists.

Tokyoites on social media seem to be spreading the general message: “if I see him, I am going to punch him in the face.” 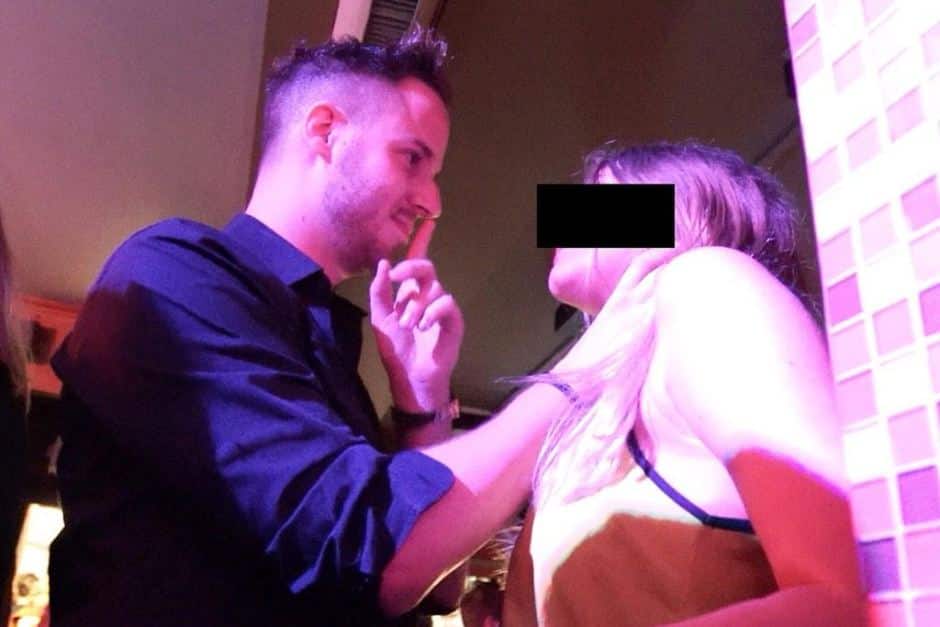 This all boils down to the fact that Asian women are constantly being fettishized and hypersexualized by Western culture. Julien Blanc profits off of this. He instructs white men to exploit their status as a white male to assault, molest, and take advantage of all women, especially Japanese women in Tokyo. He shows them it is ok to shove faces into their crotches while shouting “Pikachu, Pikachu!”

As stated before, no one knows what will happen when Mr. Blanc hits Japanese soil. Perhaps he will be denied entry into Japan. Perhaps he will still be able to “teach” his sessions in Tokyo, despite the overwhelming protests.

In any case, it’s safe to say that Mr. Blanc will not be roaming the streets of Shibuya in his Pikachu shirt.

I don’t advocate violence; for Julien Blanc I make an exception. He needs to be castrated & locked up. Forever. https://t.co/1H6szF25J5

I’m very offended and disgusted by this guy, Julien Blanc. He’s not welcome to Japan at all. #takedownjulienblanc — Asumi (@asas_55) November 5, 2014

Julien Blanc, you disgust me and disrespect the cultures you are suppose to follow. If I see you here in Japan again, I’ll stop you. The end

I think pick up artists should rename themselves as “self-entitled misogynists”. #takedownjulienblanc