First ‘Terminator: Genisys’ Photos Get Mocked By The Internet

When Terminator: Genisys hits theaters, it could be the start of a new trilogy. Or, and this seems more likely, it could completely destroy the franchise.

Entertainment Weekly revealed the first look at the new characters in Terminator: Genisys and, to say the least, the internet is not impressed.

The Terminator looks like he photobombed the first look at his own movie: pic.twitter.com/m82yFjJiSY

I wonder if anybody at TERMINATOR: GENISYS HQ is reading the internet and rocking back and forth slowly, head in hands. — Devil Faraci (@devincf) October 29, 2014

But honestly, the photos are the least concerning part about the Entertainment Weekly feature. What Terminator fans should be worried about is this ridiculous plot detail. In the new movie, Sarah Conor was “raised by [Arnold] Schwarzenegger’s Terminator – an older T-800 she calls ‘Pops’ – who is programmed to guard rather than to kill.”

What?! Doesn’t that make any sense?

Producer David Ellison said that this new Sarah Conor will basically be a human Terminator. She’s a trained killer but since she had a robot father she doesn’t really have any social skills. That’s an interesting character, I guess, but it’s not Sarah Conor. 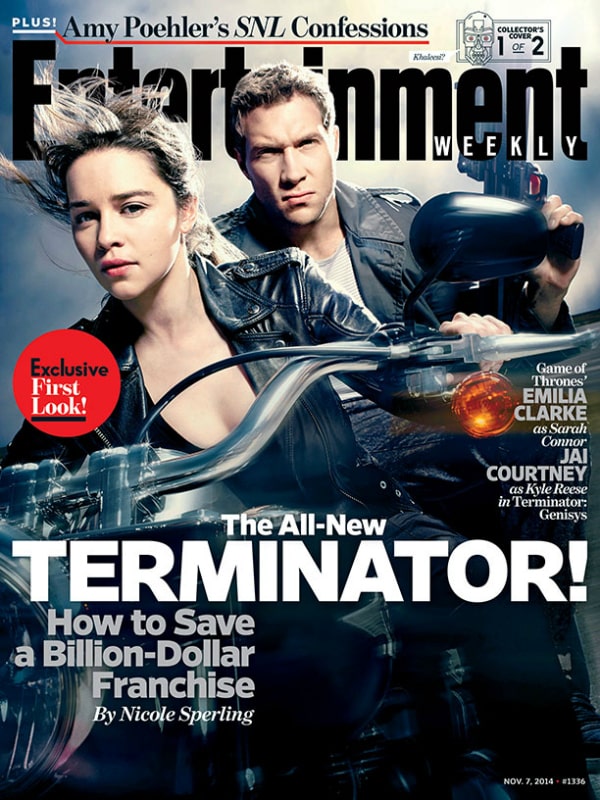 Ellison said: “Since she was 9 years old, she has been told everything that was supposed to happen. But Sarah fundamentally rejects that destiny. She says, ‘That’s not what I want to do.’ It’s her decision that drives the story in a very different direction.”

What do you think of the new plot twist? Does that make any sense to you? The entire plot hasn’t been revealed yet so maybe the producer’s found a way for this to make sense. But for now, we’re a little skeptical about Terminator: Genisys.