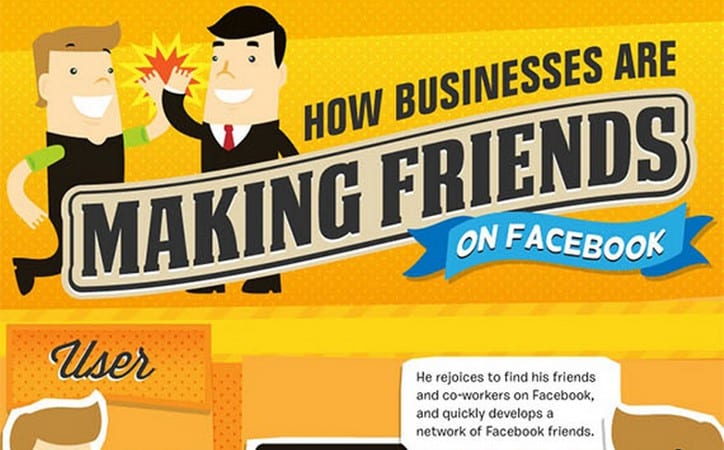 Facebook users waste no time at all handing over their productivity. Thanks to a new infographic titled, “How Businesses Are Making Friends On Facebook,” one in four users check their account more than five times per day.

The infographic shares some interesting insights that show businesses just how important it is to learn more about and engage with their fans. Among the stats, Facebook has more monthly active users than Twitter, Google+, Myspace, Pinterest, LinkedIn, and Tumblr combined.

Americans spend around 23 percent of their time online using Facebook or other social media sites and users 18 or older spend an average of 7.3 hours per month on Facebook’s mobile site. With the social network easily accessible via the web or mobile app, it’s easy to jump in and then jump out while on the go.

82 percent of employees are said to trust a company more when the CEO and leaders communicate through social media, and Starbucks manages to engage a massive 80 percent of their audience on Facebook versus just five percent on Twitter.