A photo of Tuco trying on a police vest was first posted by Vest-A-Dog, a non-profit that provides bulletproof vests for police dogs, as part of a charity calendar. The photo went viral this week when it was shared on Reddit.

Patrol Officer Troy Caisey said that Tuco is still too young for any formal training.

Caisey said: “It depends on the dog and how he matures. I’m doing foundation work with him now, and in a couple of months I’ll know if he will make it as a work dog, and when he will start his formal training. I’m doing little things with him now, but no formalized training will start until later.” 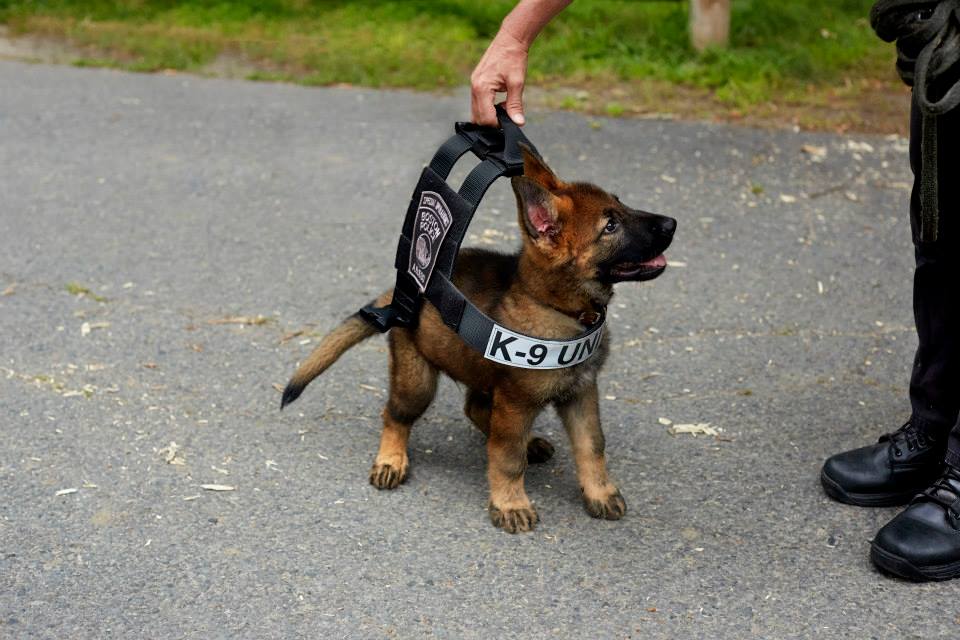 Vest-A-Dog works with police departments across the state of Massachusetts. The 2015 calendar, which you can buy now for $10, features puppies and full grown police dogs from the Boston, Belmont, Douglas, Holliston, Holyoke, Salem, Sutton, Taunton, Westford Police Departments.

Vest-A-Dog writes: Our primary goal continues to be to insure every Massachusetts K-9 has a bulletproof vest. While law enforcement agencies provide bullet-resistant vests for their human officers, they are unable to fund vests for K-9 officers. As K-9s are trained to give up their lives to protect their partners and all of us, we believe it is every bit as important to protect them.