KFC’s Zinger Double Down King Is No Bun, All Meat

Do you remember the Double Down? KFC’s “sandwich” with two pieces of fried chicken as bread? Well, that’s practically a vegetarian option compared to the Zinger Double Down King.

The KFC Double Down featured two pieces of chicken, a few slices of bacon, and some cheese. The Zinger Double Down King adds a big meat patty right in the middle. 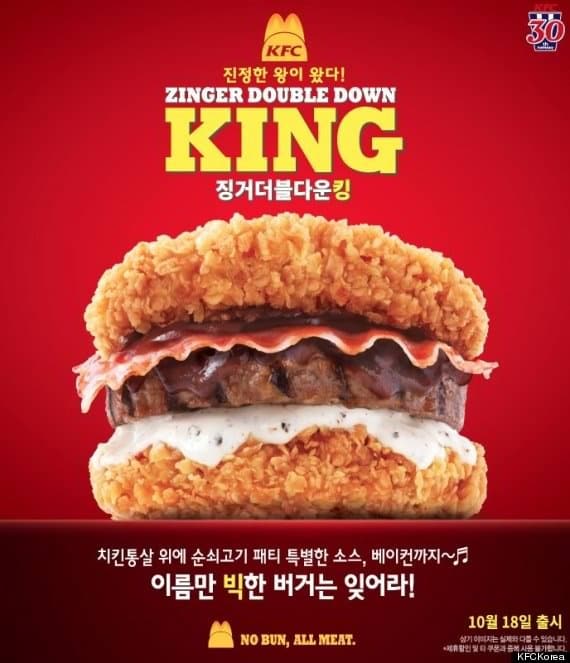 The Zinger Double Down King went on sale in South Korea on October 18. No word on calorie count but the Double Down weighed in at around 540 calories. So we’re guessing that this new monstrosity will probably cost you about 750 calories per sandwich.

Oh, and it looks a lot less appetizing in person.

The Zinger Double Down King is only available for a limited time and it doesn’t appear like there are any plans to bring it to the United States. So, unfortunately, it doesn’t look like anyone stateside is going to get the chance to take a bite of this big, beefy, fried, cheesy chicken mess.