While Justin Bieber was the first Instagram user to reach one-million followers, MTV has become the first company to cross this social media threshold.

The milestone was reported by the Instagram analytics platform Nitrogram. 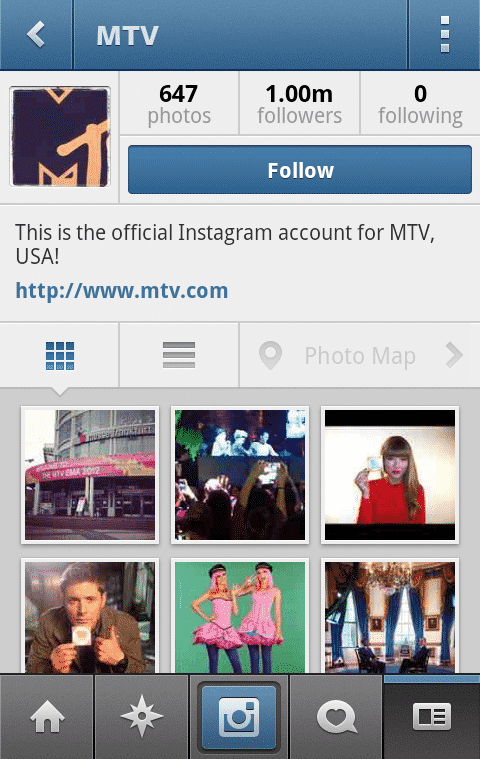 Interestingly, MTV only has 647 photos on its account. However, the brand itself is so easily recognized that its relatively low number of photos probably doesn’t matter in the grand scheme.

Another milestone for Instagram itself: In early October the photo-sharing site celebrated its two-year birthday, and my oh my, look at how we’ve grown. Now sitting at 100 million users and over 5 billion photos shared, Instagram has moved from a neat way to add photo filters to your smartphone snaps to being the definitive photo-sharing platform.

In any case, congratulations to MTV for managing to become the first brand to cross the 1 million follower mark on Instagram.