Tattoo Comparisons are the Best Way to Enjoy Bad Ink

Sharing photographs of bad tattoos has been a popular online pastime since the very earliest days of the internet. There’s something about having a look at terrible bits of art indelibly etched onto someone else that will always be amusing and reassuring in equal measure. However, canny Reddit users have managed to take things to the next level, redefining humorous photographs of terrible tattoos for the ages.

The twist is photoshopping the tattoo onto the subject that it’s attempting to replicate. It’s one of those ideas that’s almost too perfect — you’ll wonder why no one thought of it before. Nothing calls the quality of a tattoo artist into question quite as well as the real thing, as you’ll see below.

Of all the things to get tattooed permanently onto your skin, your loved ones seem like a fairly safe choice. If you’re even considering having an image of your mother tattooed across your back, it’s probably a fair bet that you’re sure that the two of you aren’t going to fall out any time soon. That said, it seems that sometimes it can be rather difficult to capture exactly what makes that person so special to you. Ending up with a generic human with no resemblance to the person intended might not be the worst that could happen; some of these creations are rather horrifying. 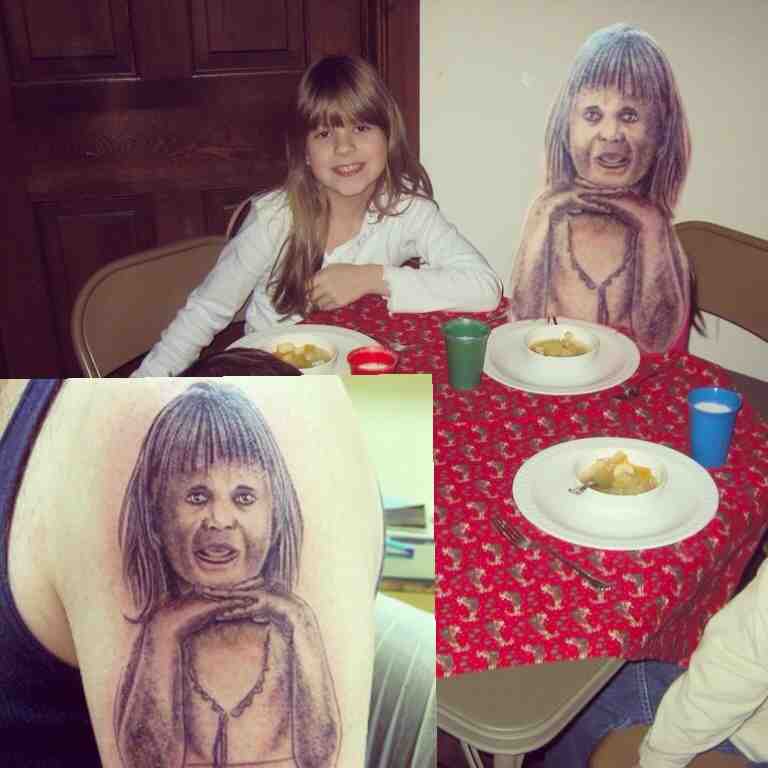 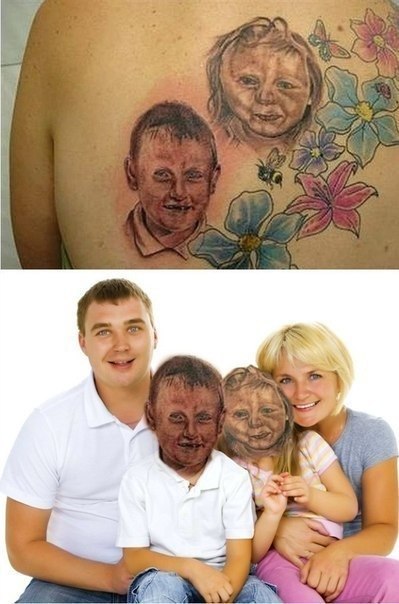 The majesty of the animal kingdom is ripe fare for tattoo artists. With beasts that appeal to everyone who could want a tattoo, there’s plenty to go on — and animals aren’t that difficult to draw. Or are they? The tattoos below prove that there’s quite a lot of skill needed to properly capture what makes a tattoo of a lion or a bear a good idea in the first place — and it also asks some very serious questions about whether or not people tend to ask for a sample of the tattoo artist’s work before committing to anything. 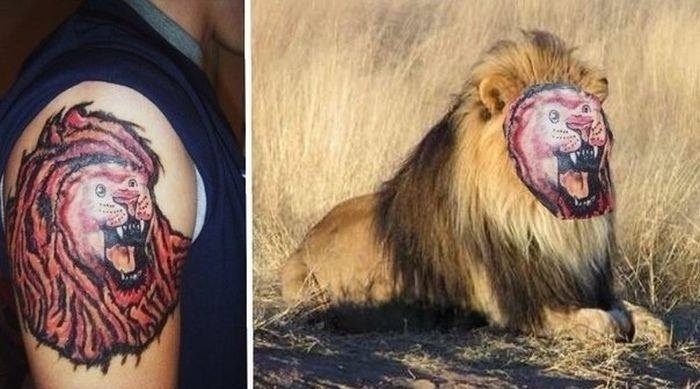 I think it’s fair to say that a tattoo of a celebrity is pretty much always going to be a bad idea. It takes a rare talent to enjoy a longevity that spans decades in their chosen field, so it’s unlikely to say the least that you’re still going to think that your Shia Labeouf ‘