Strong and honest words from The Hunger Games trilogy actress about the notorious nude photo scandal that has affected 100+ celebrities. In an exclusive interview with Vanity Fair for the November issue, Jennifer Lawrence broke the silence on her feelings about her naked photos being plastered on the internet. 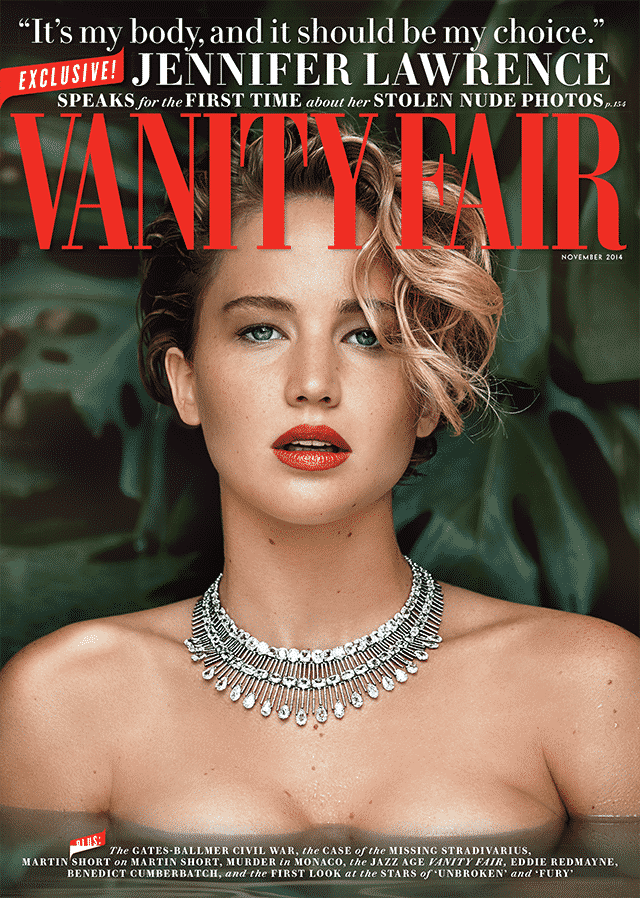 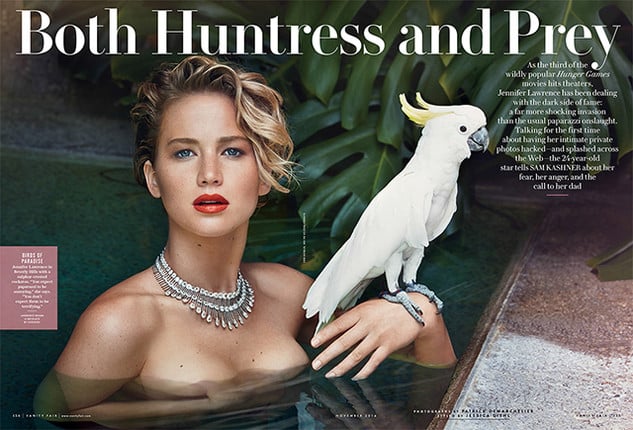 The actress recalled the horrific moment she had to call and tell her father what had happened.

“When I have to make that phone call to my dad and tell him what’s happened … I don’t care how much money I get for The Hunger Games,” she said. “I promise you, anybody given the choice of that kind of money or having to make a phone call to tell your dad that something like that has happened, it’s not worth it.”

Of course, in true Jennifer Lawrence fashion, she managed to muster up a joke, “Fortunately, he was playing golf, so he was in a good mood.”

The entire issue will be available online October 9 and on newsstands October 14.