iPhone 6 Ripping Out Facial and Head Hair, #BeardGate And...

By now many have heard of #Bendgate. The new iPhone 6 Plus is bending in people’s pockets, or if too much pressure is applied on the new device. #Bendgate seems like old news now that the iPhone 6 and iPhone 6 Plus are ripping out people’s facial hair and head hair.

This phone can’t catch a break. Besides the fact that it had a huge opening weekend and people are still buying them. Even teegnaers are filming themselves bending the phones in the Apple store.

While on the phone, customers have reported that their hair is being ripped out. Whether it is the hair on their head or the hair on their face, the seam on the iPhone is yanking the hair out. Came the following hashtags #beardgate and #seamgate

The first to report this issue was an annoymous user on 9to5mac.com, saying it is a problem and a very painful problem. Since this hurtful discovery, the tweets have been rollin’ in.

Anyone else getting beard hairs pulled by the iPhone 6/Plus? It catches my scruff in the seam and yanks it during calls. #hurts #beardgate

The seam on my iPhone 6 where the aluminum meets the glass is definitely catching my hair and pulling it out. #seamgate

After the tweets caught on, so did the fake iPhone 6 ads.

Then there was this brilliant photo: 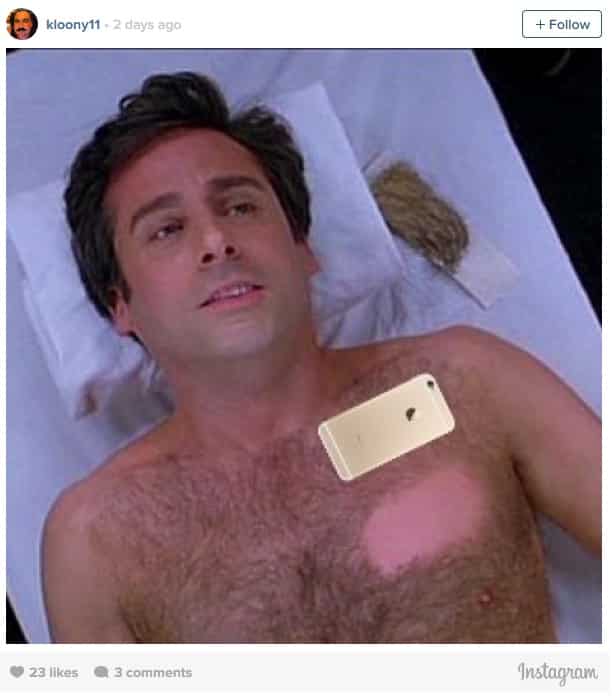