NFL Bans Players From Wearing Beats By Dre Headphones On...

Another NFL scandal! Well, not really. But any player who owns Beats By Dre headphones will not be allowed to were them on game day. Players well-known for using these headphones, Colin Kaepernick (San Francisco 49ers quarterback) and Richard Sherman (Seattle Seahawks cornerback), will not be able to use them while they are on camera.

Both Kaepernick and Sherman have been in commercials for Beats By Dre and now will be very limited to their use. 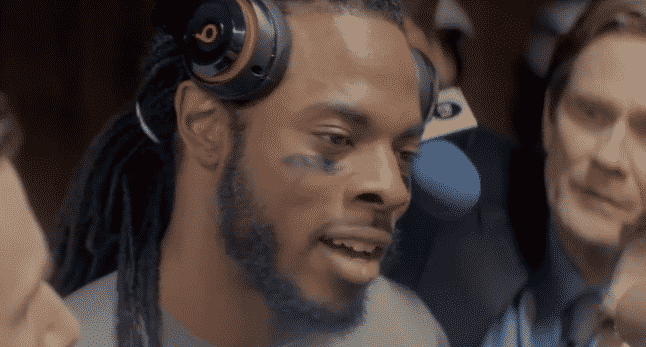 The NFL had recently signed a new and long-term contract with Bose back in March that allows Bose’s logo to be plastered over NFL game day headsets. The contract also specified that players, or anyone else affiliated during the game, NOT wear or use competitors’ merchandise.

According to Sporting News‘ Jasmine Watkins, “The restriction of other headphone usage includes preseason training camps, practice sessions, game day, postgame interviews, and it remains in place until 90 minutes after the game has ended.”

This ban will go all the way until 90 minutes after the game has finished. Training camp or offseason workout session are also included, if the player has the opportunity to be interviewed on-camera.

Guess it is time for some NFL players to go shopping!