Tom And Jerry is a classic cartoon that has made millions of people laugh over the years. It’s also kind of racist. Well, at least that’s what Amazon thinks. The company recently put a racial disclaimer on “Tom and Jerry: The Complete Second Volume,” which available to stream on Amazon Prime.

The disclaimer reads: “Tom & Jerry shorts may depict some ethnic and racial prejudices that were once commonplace in American society. Such depictions were wrong then and are wrong today.” 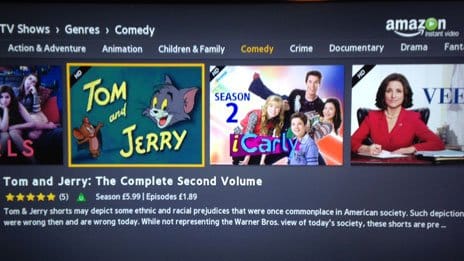 And you really can’t argue with that. The cartoon does feature characters like “Mammy Two Shoes,” a black nanny, and Tom And Jerry have both been depicted in black face.

Frank Furedi, a professor of sociology, said: “We’re reading history backwards, judging people in the past by our values.”

This isn’t the first time that people have complained about the racial stereotypes in Tom And Jerry. When the “Tom And Jerry Spotlight Collection: Volume 2” was released it included a short message from comedian Whoopi Goldberg.

Goldberg says: “The Tom And Jerry episodes including in this collection comes to us from a time when racial and ethnic differences were caricatured in the name of entertainment. While humor may have been the intenet, they also have the effect of unveiling society’s unfair and hurtful representation of people of color, women, and ethnic groups… These prejudices were wrong then and they are wrong today … But Mammy Two Shoes and other elements that reveal the prejudice of the time are presented here to accurately reflect a part of our history that cannot, and should not be ignored.”

Labeling Tom And Jerry as racist may be “politically correct madness” but can you really blame Amazon for trying to avoid a controversy? The internet loves to get angry, protest, and make major issues out of tiny events. If Amazon didn’t put a disclaimer on the cartoon, we’d probably have a #BoycotAmazon hashtag right about now.

What do you think? Is Tom And Jerry racist? Did Amazon do the right thing by adding a disclaimer?