Election Day is gearing toward its end, and that means social networks such as Twitter are buzzing with people wondering which candidate is going to win. Topsy, a social search and social analytics company, put together a graph that takes a look at the sentiment surrounding both Barack Obama and Mitt Romney.

The graph looks at the swing states and shows whether people in each state are talking positively or negatively about both candidates. Reporting started October 16th and continues until today, November 6th. All squiggly lines aside, both candidates have had an up and down experience.

Around October 23rd, Obama had very good Twitter sentiment from the state of Ohio, although he has since gone slightly back down. Out of all the swing states, Michigan has some of the most positive sentiment for Obama, even exceeding the higher end of the graph.

Romney saw very positive sentiment around October 29th in Virginia and Florida. However, he has had a hard time keeping up with the President. Currently, Obama is trending in all the swing states and is winning the Twitter sentiment battle across the entire United States.

Additionally, Obama is winning in terms of conversations. He’s the most tweeted about candidate in every swing state, with 40 percent of national tweets compared to Romney’s 24 percent, and is leading with 64% of online conversations.

Twitter remains the number one place online for people to talk about the 2012 election, boasting 71.5 percent of all election related conversations. You can take a look at the graph below. 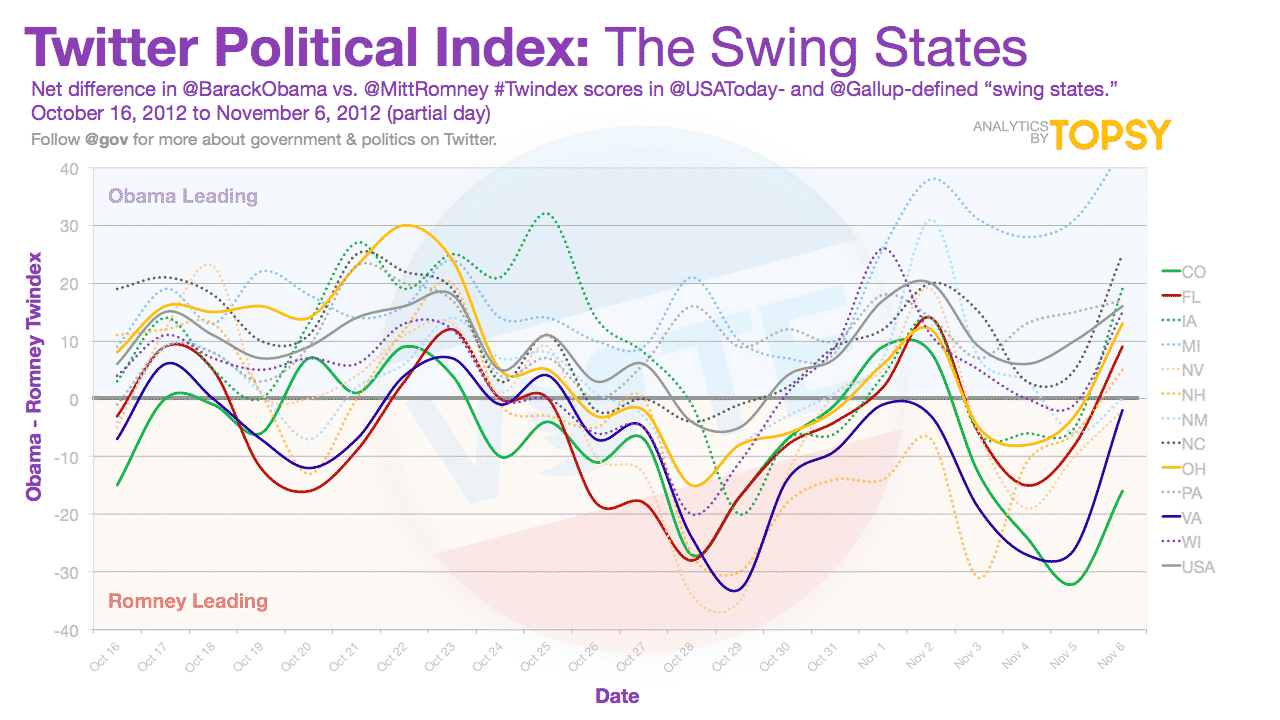