5 of the Best Film and Television Cast Reunions

Earlier this week, the ‘Mighty Ducks’ cast reunited for a photograph posted to Instagram that would set a wave of nostalgia sweeping across the internet. However, they’re far from the first set of stars to do so; cast reunions for movies and television shows from the 1980s and 1990s are all the rage at the moment. Fans love to see how actors have changed as the years have gone on — and it’s always a good way to tease a revival, reboot or re-run. Here are a few of the best cast reunions of recent years.

As part of the show’s 25th anniversary celebrations, the main cast of groundbreaking sitcom Married… with Children were gathered by Fox to reminisce about the show and its lasting impact on the television landscape.

While it was the first time we’d seen the Bundy family on screen together in some time, the show proved to be a launching pad to long-lasting careers for all four; Ed O’Neill currently stars in Modern Family, Katey Sagal has been widely praised for her role in Sons of Anarchy as well as being a fan-favorite in Futurama, Christina Applegate has enjoyed a successful movie career and David Faustino is a hugely prolific television voice actor. 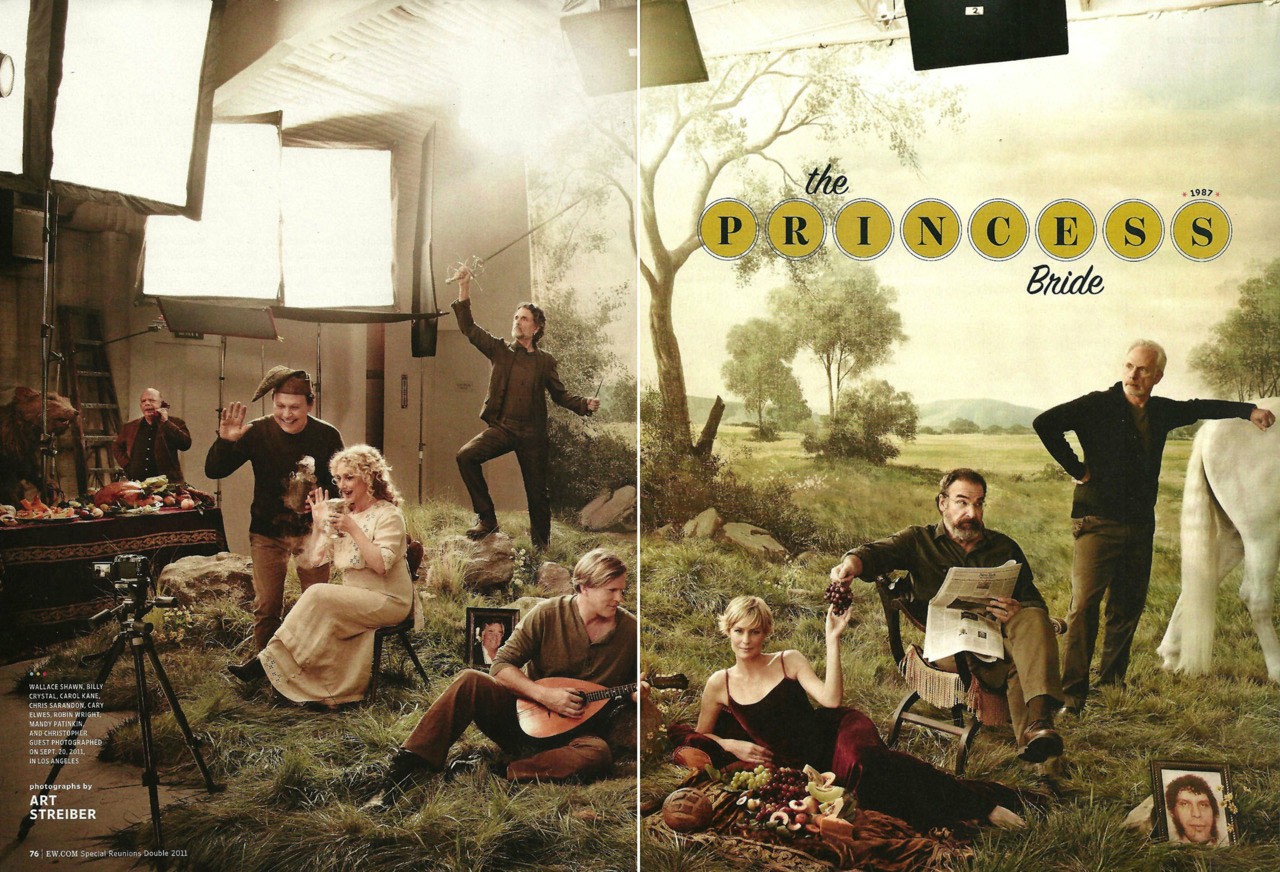 Cult classic movie The Princess Bride certainly got the royal treatment for its cast reunion back in 2011. A gorgeous photograph by Art Strieber graced the pages of Entertainment Weekly, depicting the stars of the film against a backdrop befitting of its fantastical setting. Framed photographs of cast members who had passed away in the interim were a very classy way of paying tribute to those gone, but not forgotten.

The Fresh Prince of Bel-Air

The enduring popularity of the classic 90s sitcom has led to a frothing demand from fans to see its stars come together once again. We’ve seen it happen several times, but rarely in the manner that it did on the BBC’s The Graham Norton Show last year.

Will Smith brought musical partner and Fresh Prince co-star Jazzy Jeff along with him to DJ a performance of the theme song, but took things to another level when he brought out Alfonso Ribeiro to join him on stage. The studio audience lapped it up and fans online did too — the YouTube video above has amassed more than 25 million views!

Hype of the most highly anticipated movies of next year was put into high gear earlier this year when this table read photograph was released. With Mark Hamill, Harrison Ford, Carrie Fisher, Peter Mayhew and Anthony Daniels all present — albeit interspersed with the new generation of Star Wars stars — this was quite the cast reunion for any fan of the series. If Episode VII manages to deliver on the promise of a worthy follow-up to the original trilogy, this photograph is sure to become an iconic and enduring image of the earliest days of its production.

Currently celebrating its 20th anniversary — let that sink in for a moment— rumors of a fully-fledged Friends reunion are yet to bear fruit. However, the female half of the sextet were reunited for a skit with Jimmy Fallon back in August.

This might be as close as fans ever get to seeing a new episode of Friends, but it certainly proved that there’s still chemistry between its leads — even with a script that’s not quite up to the standard they’re used to.