Do you remember Phil Spector? Before he went to prison for the murder of actress Lana Clarkson, he was known for his big wigs and flamboyant style. Well, prison has certainly taken its toll on the pop icon.

New photos of Phil Spector were released this week from the California Department of Corrections and Rehabilitation. Spector, 73, looks shockingly different from the last time he was seen in public. But hey, at least he’s smiling. 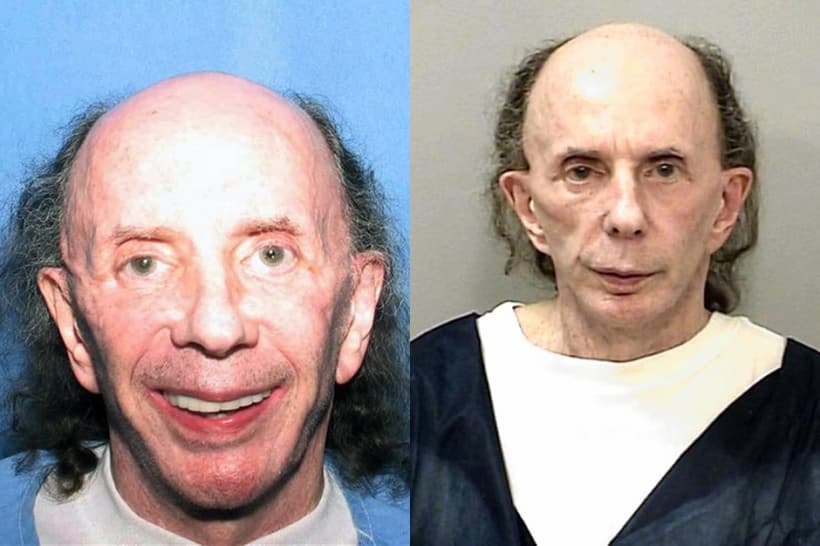 Spin reports that the photos were both taken in 2013 when Phil Spector was moved to the California Health Care Facility in Stockton. California Department of Corrections spokeswoman Terry Thornton couldn’t comment on Spector’s health but CBS reports that the Stockton facility is primarily used to treat the “state’s sickest inmates.”

Spector was once known as a musical genius who revolutionized rock music in the 1970s with his “wall of sound” recording technique. Now, he’s more famous for being a murderer who wore ridiculous wigs at his trial.

Spector is currently serving 19-years to life in prison for the murder of Lana Clarkson. His trial was recently turned into a movie starring Al Pacino for HBO.