Emma Watson’s Speech About Feminism At The #HeForShe Campaign Is...

First of all. Does it even matter what words come out of her mouth? That accent is on point.

Secondly, yes it does matter what she says and what she does say is nothing short of amazing. Earlier this summer, Emma Watson was named U.N. Women Goodwill Ambassador. From time to time, Emma speaks publicly about current events, social media trends, and even alarming nude photo hacks of other celebrities. What Emma Watson is able to accomplish in person, putting aside her awesome accent and good looks, is a completely different story. 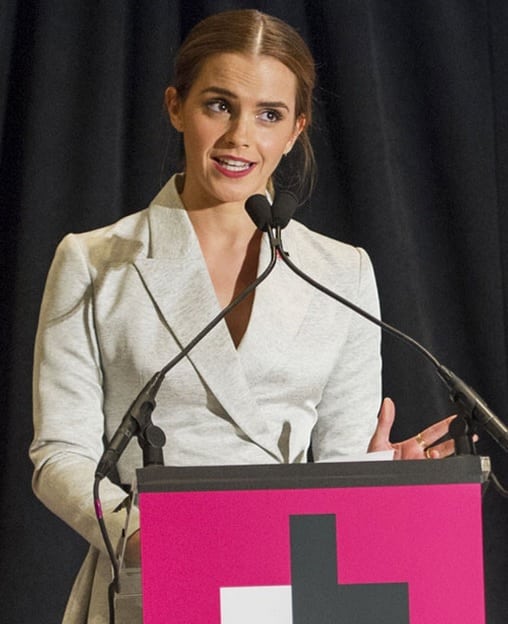 Watson spoke passionately about feminism and gender in New York at the U.N. headquarters this weekend for the campaign “HeForShe” launch. This campaign targets men and boys as advocates for ending the inequalities that women and girls face daily and globally. The Harry Potter known actress got a standing ovation and called for action from males but was quick to clarify a misconception about feminism we have all heard time and time again.

“For the record, feminism, by definition, is the belief that men and women should have equal rights and opportunities,” Watson said. “It is the theory of the political, economic and social equality of the sexes.”

Emma Watson continued to define the point of the #HeForShe campaign, to make people “see gender as a spectrum instead of two sets of opposing ideals. We should stop defining each other by what we are not and start defining ourselves by who we are. We can all be freer, and this is what HeForShe is about.”

Emma’s speech has been viewed over 300,000 times on YouTube and with the way her message has been picked up, that will seem very small within a few hours. Her view on feminism definitely makes people rethink the definition.